Blaxploitation films came to prominence in the early 1970s with the period of 1972-1977 being the peak period for these films and their success among African Americans. Some of these films were big-budget productions while others were indie films. For the most part, almost all of these films were produced and directed by white filmmakers.

The blaxploitation era is fraught with contradictions. On the one the films were complete with mostly black casts; on the the characters portrayed played to the stereotypes of black people that pay out in the minds of white moviegoers. Blaxploitation films were marketed to black audiences, but their budgets were determined by the possibility success in the suburbs. However, complex contradiction of this cinematic era is the representation of black women.

There are three types of women you find in Blaxploitation films: The Heroine, The Honey and The Ho’. Sometimes these appeared as individual characters and at other times one woman embodied all three. Pam Grier, Tamara Dobson, Denise Nicholas and Vonetta McGee are four of the most recognizable “blacktresses” of blaxploitation and each one has played at least one of these type of characters.

As Cleopatra Jones (1973), Tamara Dobson plays the ultimately black heroine. In this role, Dobson plays a special agent overseas on an undercover assignment from the government. She’s tall and stylish, which is fitting for her cover is that of a model. The film opens with Dobson’s character overseeing the destruction of a poppy field owned by “Mommy,” a drug lord played by Shelley Winters. Upon hearing her crop was destroyed, Mommy sets out to get revenge on Cleopatra Jones by raiding the B&S House, a treatment facility for recovering addicts run by Reuben Masters, Cleopatra’s fiance. Right here is where we see our first contradiction in this character.

Cleo, as she is called, drives a fast car, she’s a karate expert and is, essentially, what James Bond would be if he were black and female. We see her utilize her skills and gadgets in defeating Mommy and her crew, but what makes this such a contradiction is how the act of doing her job — which is to fight crime — in this case is motivated by her desire to do anything to protect her man. In this way, she is the ultimate ride or die chick. At a time where the women’s movement is moving full steam ahead, we are seeing a black woman reverting back to the old stereotypes of women in films of the 40s, 50s and 60s.  Furthermore, when she is with her man, Cleo is far more demure and willing to let him take the reins when she’s the one with a badge and a gun.

The spirit of Cleopatra embodies the strength, resolve and badassness of the black women of the Black Panther Party, but the passive gentility we are taught to believe women in the civil rights movement displayed.  We know in reality that women like Fannie Lou Hamer took as many beatings as the men in the movement, as did others like her, their stories just aren’t as glamorous as the pristine whitewashed histories we’ve been given about Martin Luther King, Jr. and Rosa Parks — both of whom were hated in their time.

This idea of attempting to modify the traits of Cleopatra Jones is clearly a resolution to a problem studio executives imagined would turn away white moviegoers: the angry black woman. Indeed, Cleo was angry. Drugs were flooding her community and she wanted it to stop. However, in the post-segregation, pro-black era, any type of character like hers would frighten white people in the suburbs who developed an irrational fear of the black power movement. Cleo represented this movement, but her job as a government agent, a peacekeeper, reassured them that she was not an angry black woman who was dangerous, instead she was an angry black woman who would protect them because her job was to protect and serve.

It is unclear as to the amount of input Dobson had in how her character was portrayed. We know that these movies and their characters are written by men, mostly white men, who are writing black female leads.  To what extent their stereotypes and assumptions end and Dobson’s own contributions to the role begin is unclear, but a worthy topic for future research as we near this film’s 50th anniversary. Dobson did reprise the role in the sequel, Cleopatra Jones and the Casino of Gold (1975), but the reviews were less than stellar and Warner Brothers let the franchise go.

Denise Nicholas is one of few black actresses of this era to forge a career beyond it in a number of other movies and on television in the role of Harriet DeLong in the long-running CBS show In the Heat of the Night, a series based on the 1960s award-winning film of the same name starring a very dapper Sidney Poitier. Nicholas was not in that film with Poitier, but she was with him two others, Let’s Do It Again (1975) and  A Piece of the Action (1977). These films in addition to her roles in Blacula (1972) and The Soul of Nigger Charley (1973) placed Nicholas consistently in the role of The Honey.

Unlike several other supporting roles played by black women in this era, Nicholas’ strength was her acting ability. However, it should be considered that before producers and directors became aware of her talent, they were intrigued by her appearance. A fair-skinned woman with a particular hair texture was typical casting criteria for black women in this genre of film and this practice continued overwhelmingly the next two decades (this is also what makes Dobson’s success as Cleopatra Jones the exception). In each of these roles, Nicholas plays an educated woman who is working with her male partner as benign female support. She was always the girlfriend and/or wife and she was always the level-headed figure in a room full of jokesters.

The role of the black girlfriend in blaxploitation films came in two varieties: either she was sexually promiscuous or she was as close to the brown girl-next-door as you could get. Nicholas more often than not played the latter. Perhaps this nuance is exactly what kept her employed after the film genre began to fade in its existence. Unlike another Denise (Matthews, who was known professionally as Vanity), who looked the part and was cast in similar roles in the 1980s, Denise Nicholas lacked the innate sexuality that made Denise Matthews so charismatic.

Nicholas didn’t embody or even embrace sexuality in these films. Instead, she played roles that actresses like Hattie McDaniel and Butterfly McQueen were never offered. Going back to her first film role, in Blacula where she was cast as Michelle Williams, Nicholas has always been spared the indignities of those who preceded her. This was often the case for other black actresses of that time who had a similar look about them like Lonette McKee and Vonetta McGee.

McGee was Nicholas’ co-star in Blacula. She played a reincarnation, of sorts, of an African queen whose husband, Mamuwalde, was summoned to Transylvania (for reasons unknown) by Dracula. After a squabble, he is bitten and cursed with a lust for blood for all eternity. Cut to the future (or 1972, as it was) and Blacula has come from his centuries-long slumber and spots Vonetta McGee’s character, Tina Williams, who bears an uncanny resemblance to his wife (McGee in a dual role). Blacula chases after her at night on her way home, she legitimately freaks and hides away in the apartment she shares with her scientist sister, played by Nicholas. Eventually, they meet, things get sexual immediately, he confides in her that he is Blacula and she appears to be cool with that. Blacula becomes a wanted aberration and as police are in pursuit, he and Tina plan to run away together.

McGee’s character isn’t exactly a heroine in the way Dobson’s character was. Nor was she the honeified girl-next-door Nicholas’ character was in the same film. She played a hybrid of sorts. It is clear that her heroism is limited to protecting Blacula, even though he has confessed to her that he is a serial murderer. Furthermore, she isn’t exactly bothered by the fact that he may also not be a mortal. Her character blurs the lines between two competing identities, neither of which puts her in a power struggle with any of the male characters. Instead, she is the rare damsel in distress, a role in the horror genre that is usually reserved only for white women.

Blacula ends when in a confrontation with police, Tina is shot and killed. Blacula is distraught and decides to end it all by going outside into the sunlight where he is reduced to bones that will later be brought back to life by an ostracized voodoo priest in Scream, Blacula, Scream, the second in a stream of seven films that solidified Pam Grier’s career and made her the incomparable queen of the blaxploitation era. 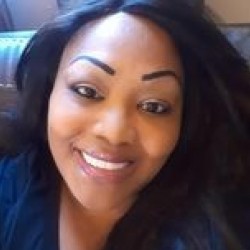 Latest posts by Aisha Staggers (see all)
Liked it? Take a second to support The Spool on Patreon!