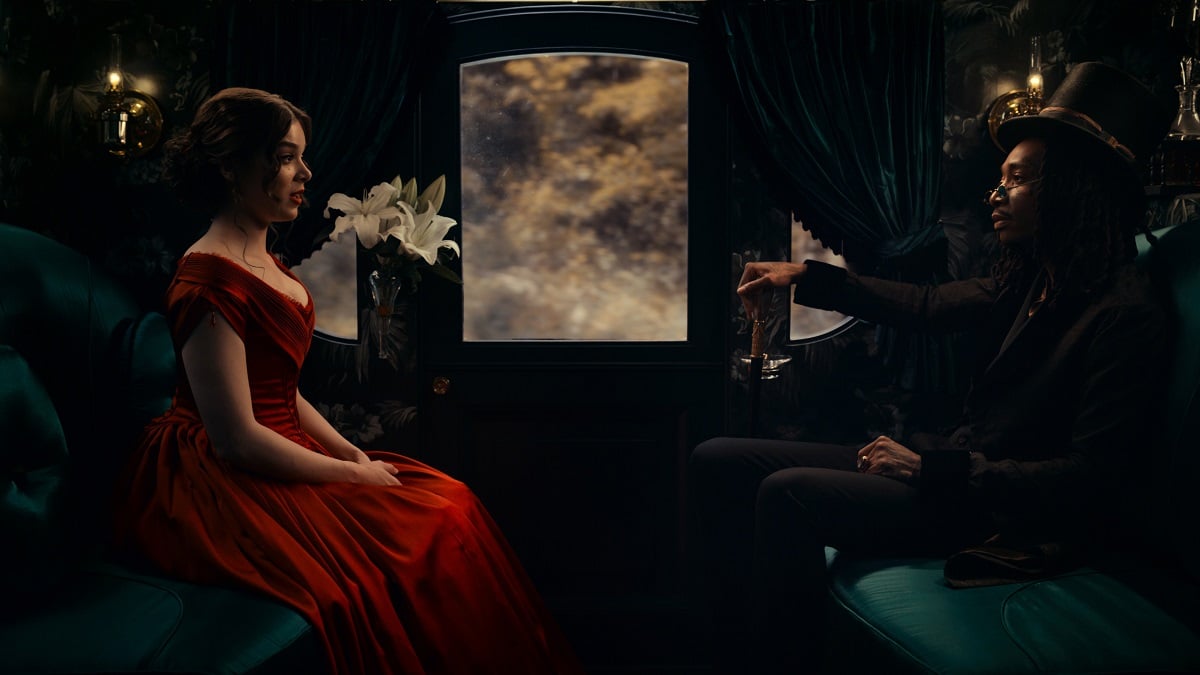 The final season goes out swinging with the Civil War in full flush and a raft of guest stars.

Historically, we tend to lavish that moniker exclusively on men like Walt Whitman. Yet Dickinson’s most prolific era unfolded alongside the Civil War. In fact, as a voiceover in the first episode points out, during the four years of the Civil War, Emily (Hailee Steinfeld) wrote about a poem a day. So Dickinson tries to right this wrong, laying out the claim she deserves just as much recognition as the male poets of that time. Often they literalize this, as when the season literally opens mid-battle. Emily–perhaps giving us all a glimpse of Steinfeld’s action moves for the upcoming Hawkeye series–at a dead run, dodging bullets along the way.

Still, the season also resists glamorizing being a wartime poet. In the third episode, Emily exclaims that she’s going to cure the world with her poetry before secluding herself in her room to write. Dressmaker Betty (Amanda Warren) sharply comments, “Writing that shuts real life out is as good as dead.” Moreover, it’s clear the show isn’t just discussing the past, but pointing out the emotional distance of art in our modern age.

If wartime and death sound a bit dreary, there’s still plenty to enjoy in this comedy series. Mr. and Mrs. Dickinson (Toby Huss and Jane Krakowski) are solid comedy partners, satirically poking at the patriarchal society through their clueless behaviors. They’re forever forgiving their son Austin (Adrian Enscoe) for his drunkard, scandalous ways while simultaneously accusing their daughters Lavinia (Anna Baryshnikov) and Emily of frivolousness and childish wants.

Dickinson Season 3 finds the family divided, as Austin spirals into a mess and acts out against the family. The source of his unraveling? The complicated (and romantic) relationship between his wife Sue (Ella Hunt) and sister Emily.

The heart of the show is Emily and Sue’s relationship. As they’ve grown older, so has their romance. They’re now adults navigating obstacles, not just young schoolgirls engaging in flirtations. The growing pains of their love are evident, with Sue wishing they could be together and raise a family, like every other heteronormative couple of that time.

Emily says she doesn’t need children, citing her poems as being essentially the same. After all, she births them, nurtures them, and sends them out into the world. Sue remains unconvinced as she coolly asks, “What if I need more than your poems?” Steinfeld and Hunt are excellent as Emily and Sue, balancing between besties and lovers, often within the same scene.

It’s clear [Dickinson] isn’t just discussing the past, but pointing out the emotional distance of art in our modern age.

While Emily’s family and love life may be complicated, her entourage of friends steals nearly every scene whenever they pop up. Jane (Gus Birney), Abiah (Allegra Heart), Abbie (Sophie Zucker), and Toshiaki (Kevin Yee) bring the party to a funeral, rage outdoors when maple sugaring, and share the hot goss at the sewing circle. They come off bratty and catty, like a reality show cast of their time, trading scandalous details to distract from the darkness outside.

Dickinson brings in some heavy hitters for guest stars in its final season. For instance, Betty reveals she’s been assisting a friend with a memoir. Never mind that the friend is Sojourner Truth, bringing in a megawatt guest star Ziwe to helm the role. If you’ve ever wanted to hear Truth say lines like “Betty’s back – there’s my bad bitch!”, then season three of Dickinson is for you.

There are also a few other well-known poets to look forward to in later episodes. Walt Whitman (Billy Eichner), Edgar Allan Poe (Nick Kroll), and Sylvia Plath (Chloe Fineman) all make appearances. Guest stars on Dickinson have always been a joy, and I think viewers will look forward to seeing some wild takes on literary giants.

Dickinson has always leaned heavily on anachronistic details, such as the modern-day speech of characters and a soundtrack of present-day music. Sure these moments provide levity, such as Toshiaki mentioning “spilling the tea,” to which Mrs. Dickinson asks if she should make tea. Yet, these modern-day flourishes still pull away from the scene, a jarring misdirect for the viewers at home.

Then again, as shown time and time again in Dickinson, Emily has always been an outcast, a jarring member of the Dickinson family, and the outlandish friend to a few in Amherst. As a poet, she was ahead of her time. Perchance these anachronistic moments serve as reminders of Emily Dickinson’s trailblazer status, a female poet who refused to cater to societal pressures.

The final season of Dickinson may not go down in history as trailblazing. But like a carriage ride with Death (Whiz Khalifa), it’s been a fun journey with bizarre moments. Plus, the ties to current-day society are ever so present, with parallels between the Civil War and the Covid-19 pandemic and current political unrest. We may never know the real Emily Dickinson, but with three seasons, we got the chance to learn a little bit more about this literary icon. Like Sue, we want more than just her poems; and Dickinson delivers some quirky and fun moments with American poet Emily Dickinson.

Dickinson takes pen to paper on November 5th on AppleTV+.