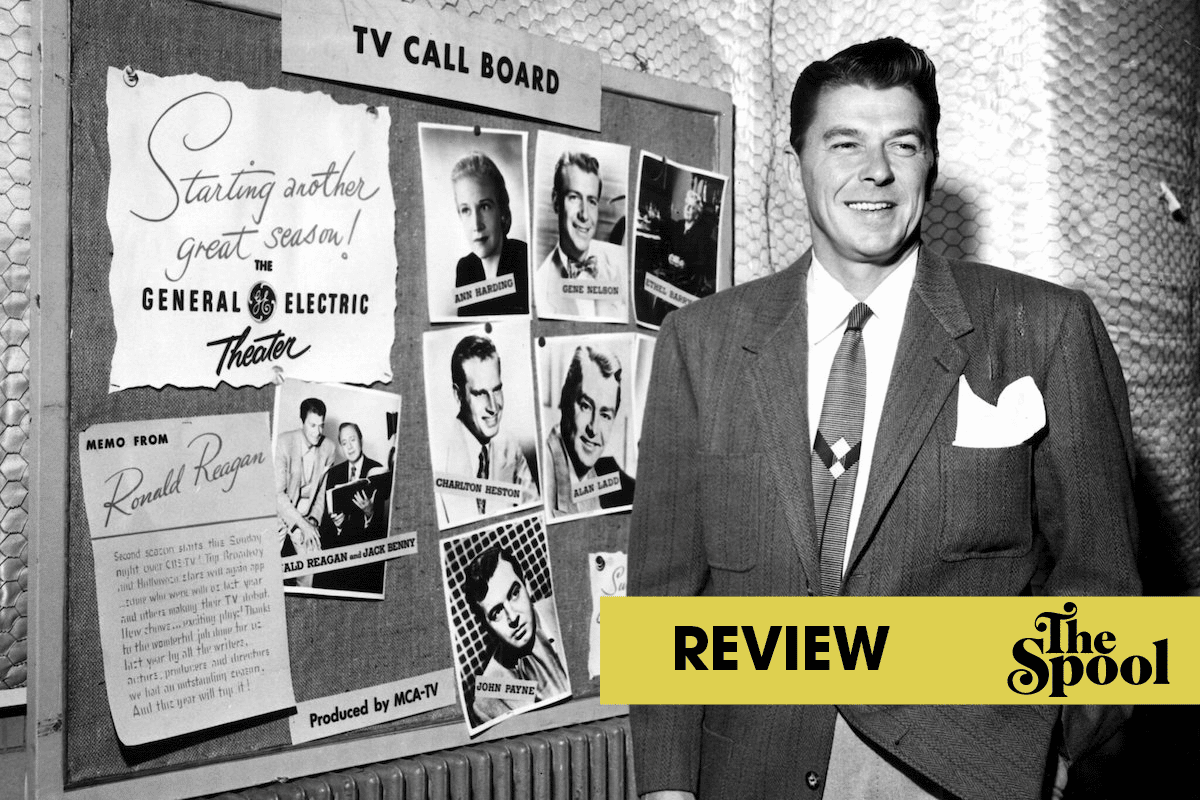 Matt Tyrnauer’s docuseries is a swift, in-depth exploration of Ronald Reagan’s time in office and his family’s lasting impact.

In the 32 years since his presidency ended, Ronald Reagan has ascended from a political figure to an American Icon. Hailed by the Republican Party as the quintessential figure in conservative politics, he’s often evoked when a politician wants to harken back to the idea when America was the “shining city on a hill.” It has gone to the point where the former president is less of a man and more of a myth—a tall tale looming large against the backdrop of the political landscape.

However, Showtime plans to pull back the curtain and expose the seamier side of this American myth in their latest docuseries, The Reagans. The series explores both the political and personal life of President Reagan and First-Lady Nancy Reagan. Producer/director Matt Tyrnauer uses archival footage as well as commentary from a variety of experts to explore the impact of the president, and the result is a compelling deep dive into a central figure of the modern conservative movement.

The four episodes are ordered not only chronologically, but also thematically. The first episode charts his ideological flip from Union President to an anti-union spokesperson for General Electric. The second details his career as governor and how he used law and order to appeal to the racial fears of white Americans. The final two episodes focus on his presidency, first focusing on his administration’s efforts to dismantle government programs and ending with the controversies that plagued his final years in office.

While most of the discussion centers on the former president, the main thesis of The Reagans is that Nancy could be considered the real powerhouse behind his success. As such, there’s also a focus on how Nancy’s social skills and campaigning efforts helped Ronald’s political career, as well as her issues with public perception, hounded her throughout her tenure as First Lady.

This isn’t the first time that Showtime has examined the Reagan family. In 2003, a CBS-produced miniseries about the couple (also called The Reagans) caused so much backlash from conservatives that it was pulled from the networked and aired on the premium channel. While this series hasn’t received the same preemptive backlash as its predecessor, it’s unlikely that conservatives will be any happier with it. The Reagans has a lot to say about Ronald and Nancy, and almost all of it’s bad.

There are, of course, the typical criticisms of Reagan: his mass firing of air traffic controllers, his gutting of social programs during a recession, his refusal to address the AIDS crisis, and the Iran-Contra scandal. Tyrnauer also brings up more obscure criticisms, such as his refusal to denounce the John Birch Society’s endorsement of his gubernatorial campaign and his overly violent reaction to student protests at the University of California, Berkeley.

The series views Nancy with a similarly critical eye. Her desire to improve her government-provided housing (at taxpayer expense), her acceptance of lavish gifts without disclosing them, her reliance on astrology, and the impotence of her “Just Say No” campaign. It’s almost a shock to see a generally well-liked figure receive such harsh treatment.

In fact, The Reagans often seems to forget that its subjects are well-liked by a sizeable amount of people. Tyrnauer is so good at showing the downside of Reagan’s policies that it becomes hard to understand why he was elected for two terms, and how his vice president was elected right after. While the show explores some reasons he was popular—his charm and oratory skill, his law and order rhetoric, and his appeal to evangelical Christians—it would have benefitted from a bit of an exploration of what made him popular with the “average voter.”

While the left-leaning perspective will be a turn-off for some, you can’t deny that Tyrnauer is effective at creating an entertaining series. Each episode is well-paced and manages to cover several subjects in less than an hour without being too truncated or confusing. The series manages to keep your interest visually with a well-edited assortment of archival footage and clips from Reagan’s filmography that’s sometimes interrupted by a shot of the current commentator.

Each episode is well-paced and manages to cover several subjects in less than an hour without being too truncated or confusing.

But it’s the commentators that really make the series, with a decent mix of journalists, political experts, members of the Reagan administration, and those close to the Reagans. The varied points of view give the audience not only first-hand accounts of what happened in the White House but also historical context as well as how Reagan’s policies affect our current situation.

While all of the commentators offer some intriguing insight, the most compelling is the former president’s son, Ron Reagan. While Ron does come to his father’s defense at times (particularly when it comes to criticism of his character), he’s still critical of President Reagan’s policies and inability to discuss any damage they may do. It makes for a fascinating viewing to watch a son come to terms with the damaging aspects of his father’s legacy while still loving the man.

Coming to terms with President Reagan’s legacy is, ultimately, the point of The Reagans. Whether you think he was a bane or a boon to the country, it’s undeniable that his eight years in office are still being felt today. While watching the series I was shocked to see how his slogans (“Let’s Make America Great Again,” “I didn’t leave the Democrats, the Democrats left me”) and rhetoric (“Government is not the solution to our problem; government is the problem”) are still being used by the GOP today. And this importance makes it all the more critical that we are skeptical of the legacy he left.

The Reagans premieres on Showtime this Sunday, November 15 at 8:00 pm.