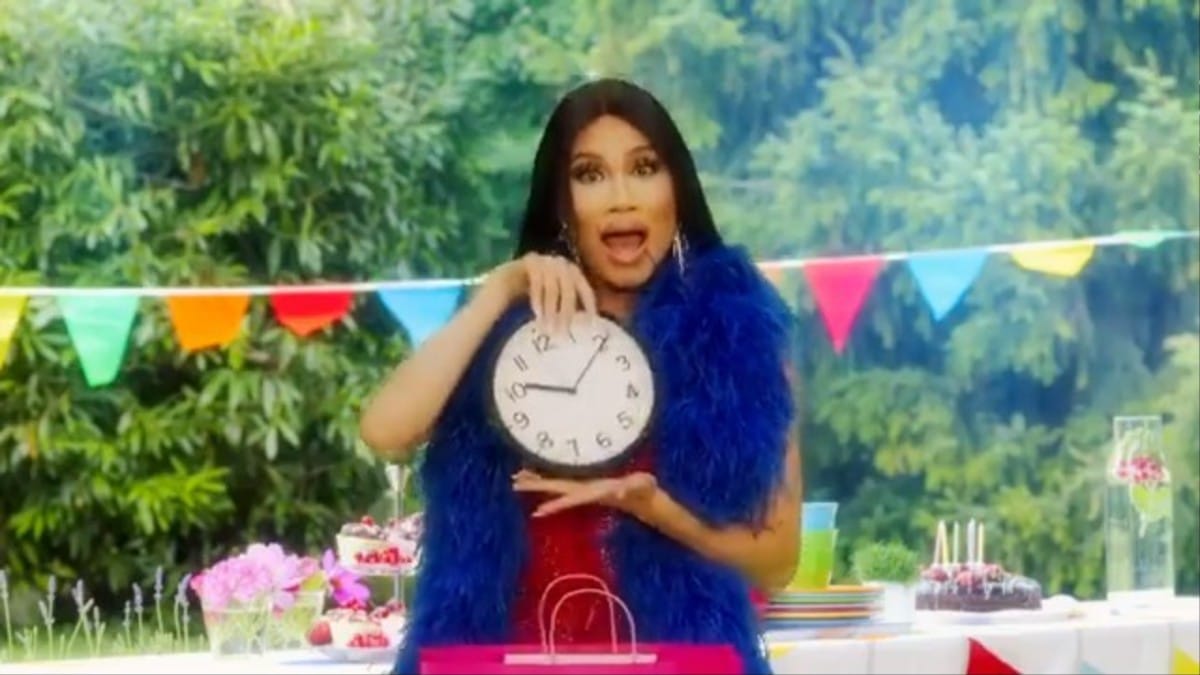 Just like a Sarah McLaughlin commercial about abandoned puppies, this week’s episode of RuPaul’s Drag Race opens with an emotional sucker punch. During last week’s episode, Kornbread rolled her ankle and must retire from the competition. Miss Bread was one of this season’s toughest competitors, so her sudden departure has created a power vacuum in The Werk Room as the queens begin to clamor for her spot. It’s a shocking and emotional moment, especially for Willow and Kerri who were particularly close with Kornbread, but Miss Bread gets to have one final message to the queens before she rides off in “the arms of the angels.”

Seconds later, we’re playing sex games with The Pit Crew to determine the teams for the week. This show is just one reason why I need mood stabilizers.

Once they’re awkwardly divided and all consent forms properly submitted to Human Resources (hopefully), the queens are told they will be producing rhyming parody public service announcements for three legendary first-eliminated queens: Tempest DuJour (Season 7), Jaymes Mansfield (Season 9), and Kahmora Hall (Season 13). They will need to write poetic yet cutting verses that inspire people to donate on behalf of Ru’s “Save The Queen Foundation” to support first-eliminated queens everywhere.

It’s a challenge full of mixed messages. The queens should be very serious about being funny, unique but true to the genre, shady yet supportive, witty, and casual while trying to rhyme on beat. It’s about RuPaul, but also hope?

Though queens like Angeria and Bosco manage to interject a bit of personality into a murky and mundane mix of self-condragulatory play, the PSAs are uninteresting. Most of the queens trip over everything that needs to be accomplished and unclear direction. This challenge requires a verse-atility that the queens have not studied for. If this teaches us anything, it’s that reading, book reading, is fundamental.

Fortunately for the returning legends, they get their resuscitation without the other girls or the challenge. Though Bosco is the top queen this week because of her comfortable scansion and sense of direction, our legends are the true winners. Tempest, Jaymes, and Kahmora get to show off how funny, self-aware, and glamorous they are. They each play with the new girls exceptionally well, offering smart and helpful ideas without taking over. If their visits are an amuse-bouche for their All-Stars appearances, as I suspect they are, I don’t mind.

I’m glad this PSA worked for the visiting queens because this episode revealed that there are still areas of the drag community that need servicing while publicly whispering that RuPaul doesn’t intend to help personally or structurally. Fundraisers like the ones the queens are asked to parody are often done to help executives appear charitable and crowd-source a corporate tax right off. If taken seriously as Ru asks us to, then we have to wonder — why do these first-eliminated queens need a charity foundation in the first place?

Ru seems to be making light of the fact that World of Wonder doesn’t take care of every queen. Already this season, the girls have been discussing how being on Drag Race is opening doors for all of them, how they’ll all have international careers, etc. Yet here comes millionaire RuPaul Charles laughing and shining a spotlight on how this isn’t the material reality after the show. Some queens get left behind.

This episode quietly exposes the lack of safety net for queens past, present, and future.

It’s part of why Drag Race is still short-sighted when it comes to helping ease the struggle for drag performers. As another example related to this week’s episode, Drag Race has attempted to uplift queens living with chronic health issues. Ranging from queens struggling with their weight to HIV+ queens, over the years we’ve been privy to some truly intimate and informative conversations about health and chronic disease management. This week is no different and it hits a bit harder in an episode themed around mutual aid.

From the beginning of the season, top contender and all-around-angel Willow Pill has been open about having cystinosis, a kidney disease that affects her fine motor skills and muscle strength. With echoes of Season 11 winner and Willow’s drag sister, Yvie Oddly’s struggles with Hypermobile Ehlers–Danlos syndrome, this week, Willow lets us in on some of the ways living with a chronic disease can foreclose on certainty for the future. It’s the kind of raw and honest moment that I’m glad we see on this show. It draws attention to the intersections of disability with race or gender and that these queens are made of flesh and bone in need of care.

In an episode where one queen has to leave due to injuring herself on set and another confesses that she’s sometimes scared about losing control of her body, we’re clearly missing a follow-through. In fourteen seasons, Ru has shown little to no interest in helping these queens better live their lives now that they’re a part of the World of Wonder “family.” What Willow, Kornbread, Yvie, Trinity K Bonet, Eureka, and others deserve, what Sahara Davenport and Chi-Chi Deveigne deserved, is quality health insurance.

These queens have secured Emmys, franchises, and countless millions of dollars for RuPaul, yet this episode quietly exposes the lack of safety net for queens past, present, and future. Left to the volatile marketplace, even queens making the temporary top dollar have to give up a considerable percentage of their pay in order to be covered.

This week I was called back to a deleted conversation from Season 10 in which Monet half-jokingly confesses she came to Drag Race to “maybe afford health insurance.” It’s a harrowing bit of reality that is under-discussed on this show. These are working-class performers with precarious financial stability who risk debt and injury to be content for our entertainment. Who will make sure Kornbread can afford rent while she’s out of work due to an on-set injury? After the season is over and she’s done her world touring, who’s going to make sure Willow can afford any future medical bill?

These queens come from a world of nightclub hustle where insurance and equitable pay are often treated with contempt. We need comprehensive healthcare on a nationwide scale so that performers can focus on their art and not worry about their health or healthcare.  While that revolution comes, if RuPaul’s Drag Race wants to change the lives of its so-called “family,” it can start by providing proper support for the performers working for them. Drag should not require charity.