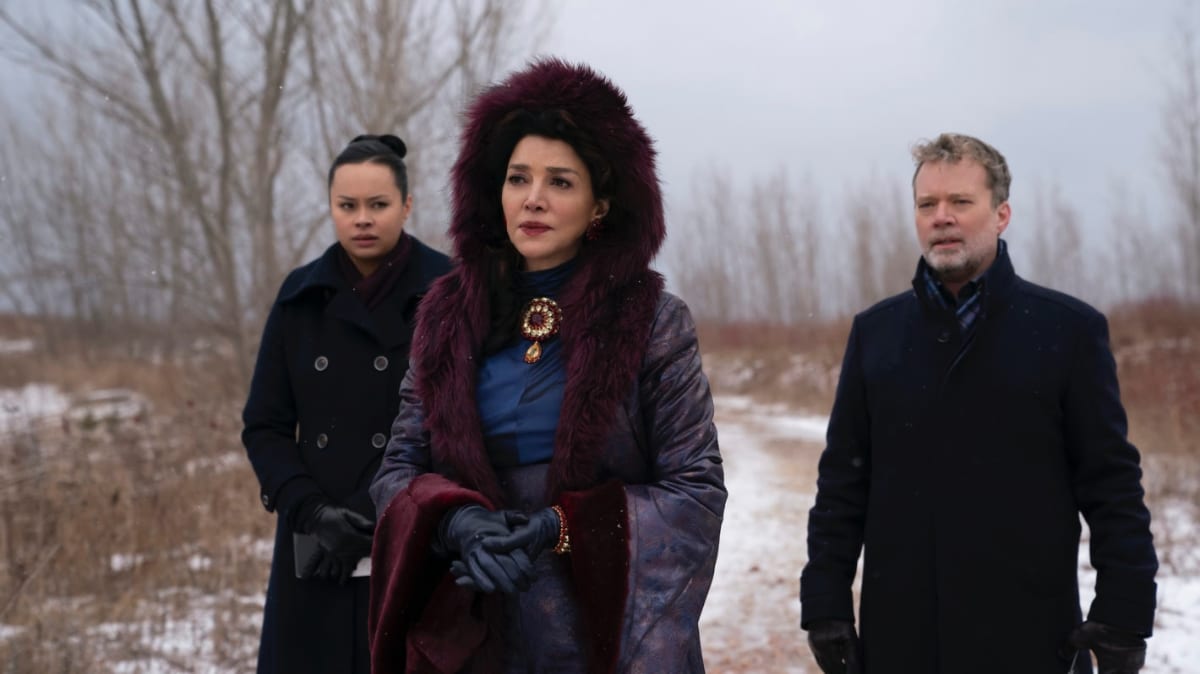 One of the best sci-fi shows on television comes to a powerful, exciting end.

There’s a song that was popular in the aughts with the lyric “Every new beginning comes from some other beginning’s end,” and it feels like the most fitting description of The Expanse. It’s a show that has changed identities more times than Sidney Bristow and managed to retain a strong, cohesive narrative, with this season bringing its final arc full circle. Not to the proto-molecule, but to the struggle of the Belters to get their fair shake from Earth and Mars, something Joe Miller (Thomas Jane) dreamed of in the very first episode, something Fred Johnson (Chad Coleman) lived and died for.

The central tenets of The Expanse have always been the struggle of the Belters, the power held by the Inners, and the ragtag crew of the Rocinante, neutral to any nation or planet. The Roci crew is a family of misfits in the tradition of Firefly, who would (and have) died for one another. While season five saw the Roci crew spread out, the final season sees them come back together with everything they’ve done and everything they’ve lost fraying the bond that held them together so well before.

While the crew tries to put themselves back together without Alex (Cas Anvar, who was written off the show after a cascade of harassment allegations), Clarissa Mao (Nadine Nicole) tries to fill the space Alex left. The grief felt by the crew over Alex’s death might be the only note in the final season that strikes false. Perhaps the cast finds it difficult to truly grieve Anvar’s departure or maybe knowing the reason why he was written off makes it feel like an afterthought, something best left forgotten.

With fake Oscar Isaac Marco Inaros (Keon Alexander) waging open war on the Inners, season 6 boasts unexpected alliances, thrilling space battles, and the push-pull struggle between what is right for some and what is right for all. Chrisjen Avasarala (Shohreh Aghdashloo) is back in power after Inaros’ ingenious stealth-asteroid attacks on Earth, which has created its own host of problems for Earth’s environment.

This is one of several plot threads that gets tied up a bit too easily and without much fanfare, leaving Avasarala to focus on stamping out the threat of Inaros without turning the rest of the Belt against her. One of the keys to her plan means reuniting Bobbie Draper (Frankie Adams) with the crew of the Rocinante and letting her do what Bobbie does best: kick some ass.

One of the most refreshing aspects of The Expanse has always been watching all of these brilliant and powerful women using all of their skill, cunning, and talent. Whether it’s Naomi (Dominique Tipper) trying to save the son she abandoned or Camina Drummer (Cara Gee) putting all of her heart and soul into liberating her people, there’s no shortage of brilliant and powerful women to admire, and never so much as in this final season. It’s Drummer in particular who shines this season, giving the Belters someone to rally behind that isn’t Inaros, a man who would sacrifice untold numbers of his own people to get revenge on Earth and Mars.

While the season moves along at a breakneck pace (there is very little room to breathe in between the action here) there are threads that are dropped—possibly for the purposes of a spin-off—and some pretty big questions left unanswered. What’s up with the proto-molecule? How are the settlers on Laconia, on the other side of the ring belt faring and why did this become a Pet Semetary tribute? Unfortunately, there’s no satisfactory answer to these questions, and some viewers may see these plot threads as a waste of time in a season that already feels somewhat rushed due to only having six episodes.

Still, The Expanse is a show that rarely disappoints, and those hoping for an exciting, action-packed finale are in luck, with the Roci crew joining the fray in the fight against Marco and a nail-biting series of action sequences that will have viewers on the edge of their seats. With the shorter season and all of the threads left dangling, there could have been some serious dissatisfaction with the ending. But as usual, the writers give audiences a denouement that is emotionally resonant and ultimately satisfying.

There will be some (myself included) who will feel a Rocinante-shaped hole in their heart when all is said and done, but what a gift it was to ever even have this show in the first place. Powerful, electrifying, emotionally fraught, and deeply, deeply weird, The Expanse is both a homage to the great science fiction that came before it and an institution in its own right.

We were so lucky to have had it for as long as we did.

The final season of The Expanse premieres on Amazon Prime on December 10th.