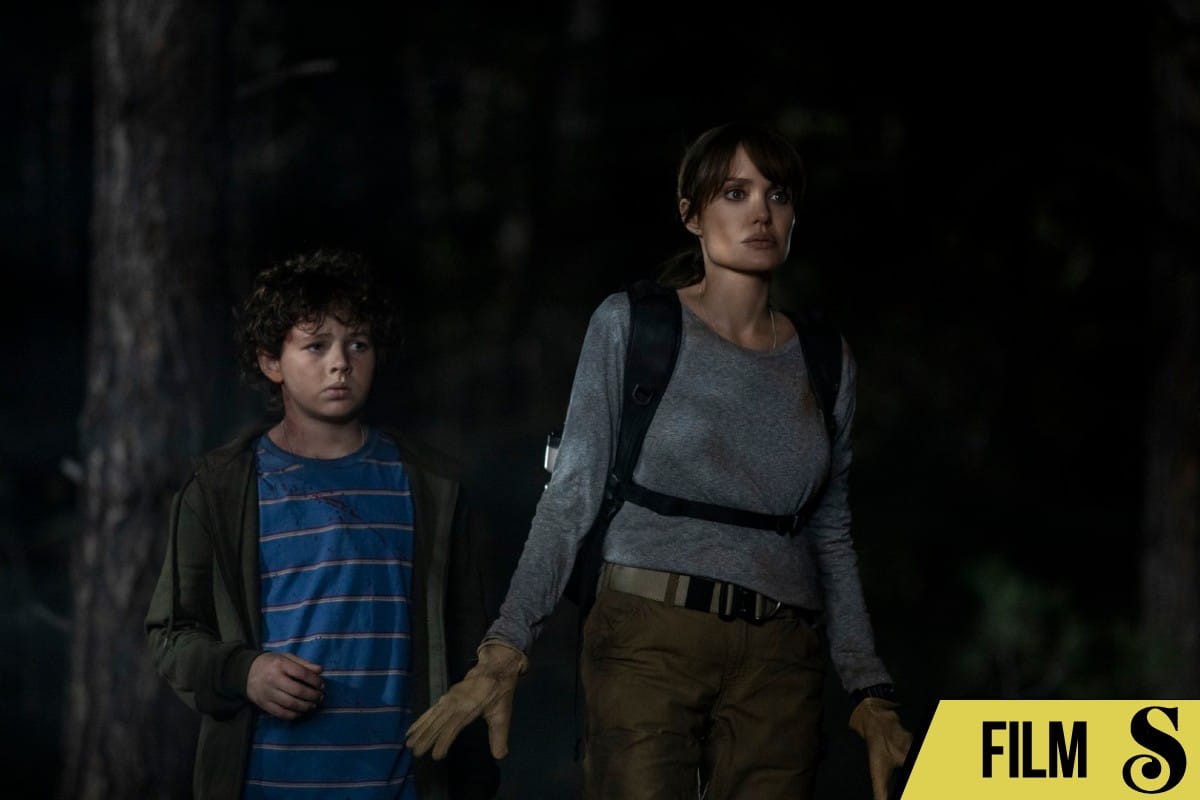 Taylor Sheridan’s bare-bones thriller is sloppy and silly, but there are enough dad-friendly thrills to entertain.

While Those Who Wish Me Dead is coming out in theaters this weekend (be safe, especially if you’re not vaccinated!), it’s probably the movie to benefit most from Warner Bros. pandemic-fueled decision to simultaneously throw their releases up on HBO Max. From stem to stern, Taylor Sheridan‘s latest feels like the kind of movie you’d find on old-school HBO in the ’90s, or FX or TNT, watching with your dad over a holiday weekend. It’s silly, forgettable schlock, and yet I can’t get too mad at it.

Co-written by Sheridan and Michael Koryta and adapted from Koryta’s book, Those Who Wish Me Dead plops us in the middle of a laughable contrived scenario: Angelina Jolie plays Hannah, a shit-talking firefighter in the Montana forests haunted by the deaths of some children during a raging forest fire the year previous. She drinks, she shit-talks, she’s One of the Boys; she even exchanges witty, forced banter with the local sheriff (Jon Bernthal). But underneath all that bluster is a death wish borne of that guilt, which she soothes by taking lonely shifts atop a fire tower and doing reckless drunken stunts involving a speeding pickup and a parachute.

But naturelment, she gets a shot at redemption courtesy of a young boy named Connor (Finn Little), on the run from a pair of nebulously-motivated government spooks (Aiden Gillen, Nicholas Hoult) who’ve just killed his forensic accountant father (Jake Weber) for Knowing Too Much. (What he knows, or what precious info is being protected, never comes up.) Together, the two have to navigate the forest and evade their pursuers — a feat complicated by the agents’ boneheaded decision to just, well, light the entire forest on fire to flush them out. It’s Aliens meets Die Hard meets Only the Brave, blended with all the airport thrillers you’ve ever whiled away a layover flipping through.

While Sheridan likes to play a lot in this kind of masculine thriller mold, there’s usually a veneer of something deeper underneath — Sicario with its War on Drugs homilys, Hell or High Water with its neo-Western ruminations on America’s class crisis. Those Who Wish Me Dead, though, is pure, unabashed schlock, a stubbornly uncomplicated picture that doesn’t want you to stop to ask why two federal agents are knocking off civilians and making all manner of boneheaded decisions to all but seal their fate. It just wants you to pump your fist in the air when one of our begraddled protagonists gets one over on the baddies.

And to be fair, there are a fair number of those moments: Jolie has long acquitted herself well as an action star, and for all of Hannah’s badassery she gets some nice moments of vulnerability. Her scenes with Little are occasionally diverting, albeit hokey (they’ve got that “shit-talking kid with over-it adult” energy we saw a lot in the ’90s), and the two have lovely chemistry.

But for that being the film’s basic premise, Dead feels like it takes a lot of time to get there, and doesn’t give us nearly enough time with the two. Instead, we follow Gillen and Hoult in their grimly efficient quest to tie up all loose ends. The two try their best with underwritten villains (count this as another round of Aiden Gillen Accent Roulette), but it’s kinda hard to spice up characters whose entire Thing is unfeeling tactical effectiveness.

That’s doubly true when, at just the right moments, Sheridan and Koryta make them let their guard down so someone or other can get away just in the nick of time. Maybe Tyler Perry (yes, he’s in this, and yes, you’ll laugh when he shows up) should have gotten different hitmen?

Still, despite the hokiness, it just barely hangs together with that kind of ’90s-thriller logic that propels you from one moment to the next with nary a moment to catch up.

For all of Jolie’s derring-do and effortless star power, though, the film belongs to relative newcomer Medina Senghore (whose biggest credit to date is probably SyFy’s Happy!), who plays Bernthal’s pregnant wife Allison. She’s the kind of character who absolutely feels set up to become a pathos-inducing victim of our ruthless antagonists, and Sheridan rides that expectation all the way up to the line. But then he subverts it to deeply satisfying results, and Senghore is off to the races, wielding hunting rifles and riding horses, competing with Jolie and Bernthal to see who can be the biggest stick in their enemies’ craw. More from her, please.

Sheridan may be the ultimate successor of Dad Movie filmmakers like Clint Eastwood and Brian Helgeland, and Those Who Wish Me Dead revels in that kind of uncomplicated, old-school thriller framework.It’s almost refreshing that Sheridan and co. knows you don’t care what Gillen and Hoult are searching for, what Massive Government Secrets our heroes just need to get to the news (a device that feels borderline quaint in our era of massive crimes operating in the open air, with journalism powerless to stop it).

Like the inferno our characters have to navigate in the latter half, the film’s stakes are elemental — pure, primal, lizard-brain survival. And Sheridan stages those sequences tensely enough that you won’t much care that none of it matters.

More than that, it’ll get resounding plaudits from your pop who just wants to flip something on with a few thrills and even fewer complications. “I liked it, you didn’t have to think about it too much,” my own dad is often fond of telling me after we watched something together as kids. Boy, he’ll love this.

Those Who Wish Me Dead hits HBO Max and theaters at the same time on May 14th.

Those Who Wish Me Dead Trailer: