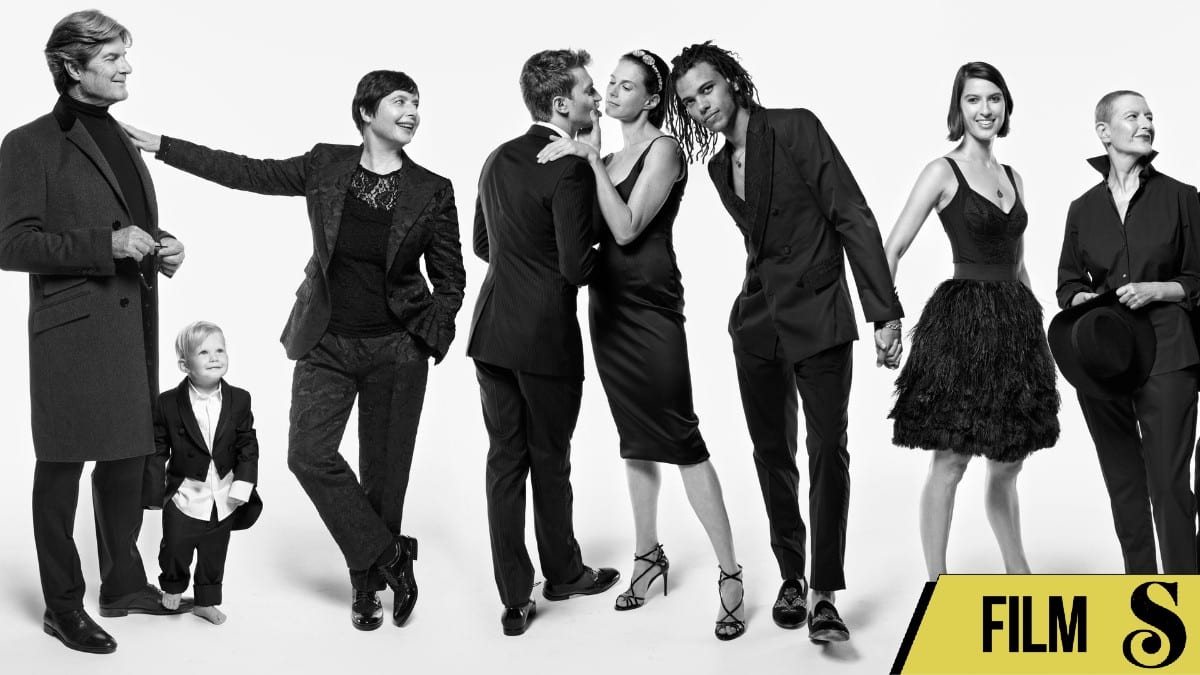 Roberto Rossellini’s grandson directs a documentary that is a fascinating exercise in filmmaking as therapy.

In 1945, the release of Italian neorealist classic Rome, Open City pulled Roberto Rossellini and his family out of poverty and catapulted them into the international limelight. The Rossellinis, a new documentary from one of his five grandchildren, Alessandro, grapples with living in the famed filmmaker’s shadow.

We’re introduced to Alessandro’s aunts and uncles as they trail their father’s coffin on live television in 1977. There are Roberto’s children with actress Ingrid Bergman: Robin, who lives a hermit-like existence on the Swedish island where his mother spent many of her summers; model and actress Isabella, who’s perhaps the most famous of the group; and her twin sister, Ingrid Jr., a New York-based professor. There are also Roberto’s two children with screenwriter Sonali Das Gupta, dancer Nur (born Raffaella) and adopted filmmaker Gil.

Alessandro is the son of filmmaker Renzo, Roberto’s child with costume designer Marcella De Marchis. (Renzo also had an older brother, Marco, who died as a child.) “If you’re a bit confused, no worries,” jokes Alessandro in his voiceover narration. For him, what matters most is that they all descend from the same patriarch. And, in choosing that patriarch’s funeral as its starting point, The Rossellinis marks itself as concerned as much with his absence as his presence.

“My grandfather left the world his masterpieces, and not a penny to any of us,” Alessandro explains. “Instead, he left us an enormous inheritance of family conflicts.” The younger filmmaker believes that he suffers from what he calls “Rossellinitis,” a hereditary condition characterized by three main symptoms: a skewed moral code, outspokenness, and an aversion to monogamy. Alessandro’s link to his grandfather has felt like more of a curse than a blessing, and he seems to credit it with many of his problems in life, from his fractured relationship with his mother to his struggles with drug addiction. Assuming that his family members feel the same about their own lives, he sets out to hear their testimonies: “My idea of this journey is to reach truths our family never shared.”

The surviving Rossellinis are a multi-generational, -racial, and -continental bunch, taking Alessandro everywhere from Sweden to the United States, Italy to Qatar. The Rossellinis is his first feature, which only adds to its self-reflexivity. He fidgets with his equipment, periodically vlogs about the status of the project from various hotel rooms, and conspicuously involves his crew. Because we have his mission statement, however, these visible seams come across as charming rather than irritating. (Less charming overall are the film’s song selections, which often feel out of place, sometimes owing to extremely literal lyrics.)

As Alessandro begins testing his theories out on his relatives, it becomes clear that some of the stories he’s told himself about his family are precisely that. Isabella, one of his funnier interview subjects, pokes holes in the documentary generally speaking, wondering whether he’s projecting his own insecurities onto everyone else. “I think you have to go back to therapy,” she teases. More than once, Alessandro is overly aggressive with his interview questions—desperate to have someone validate his Rossellinitis—and has to apologize to a family member afterwards. Throughout, clips from Roberto’s films are used to illustrate different emotions.

As Alessandro begins testing his theories out on his relatives, it becomes clear that some of the stories he’s told himself about his family are precisely that.

The project benefits immensely from the wealth of paparazzi photos and other archival material that comes with having a famous family, not to mention all the home video footage of Alessandro’s aunts and uncles from when they were children. One of the film’s more interesting stretches revolves around the occasional tension between his twin aunts—one bookish and camera-shy, the other internationally recognized for her beauty. Though Ingrid Jr. and Isabella once appeared together on Larry King Live (alongside their half-sister, Pia Lindström), the former was upset by the latter’s Guy Maddin collaboration, My Dad Is 100 Years Old (2006), in which Roberto appears as a disembodied belly.

The Rossellinis suffers somewhat from its sum total of loose ends. For all the ground that Alessandro covers, we learn virtually nothing about any of his own partners or children, nor anything about Ingrid Jr.’s personal life. So when the clan—minus Alessandro’s mother, dancer Katherine Cohen, who lives in a New York City nursing home—reunites for a Dolce and Gabbana-styled family portrait in Vogue Italia, we’re missing context on a full quarter of the picture. Alessandro, whose mother is Black, also gestures often towards race as it relates to his Rossellinitis but never fully commits to discussing it—a missed opportunity given the racial diversity of his extended family.

On the whole, however, the film is a fascinating example of filmmaking as therapy, reminiscent to some extent of Sarah Polley’s Stories We Tell (2012). The Rossellinis works as both an unlikely love letter to the Rossellini family and an explainer for the rest of us, anchored by that highly relatable desire to understand what exactly is in one’s name.