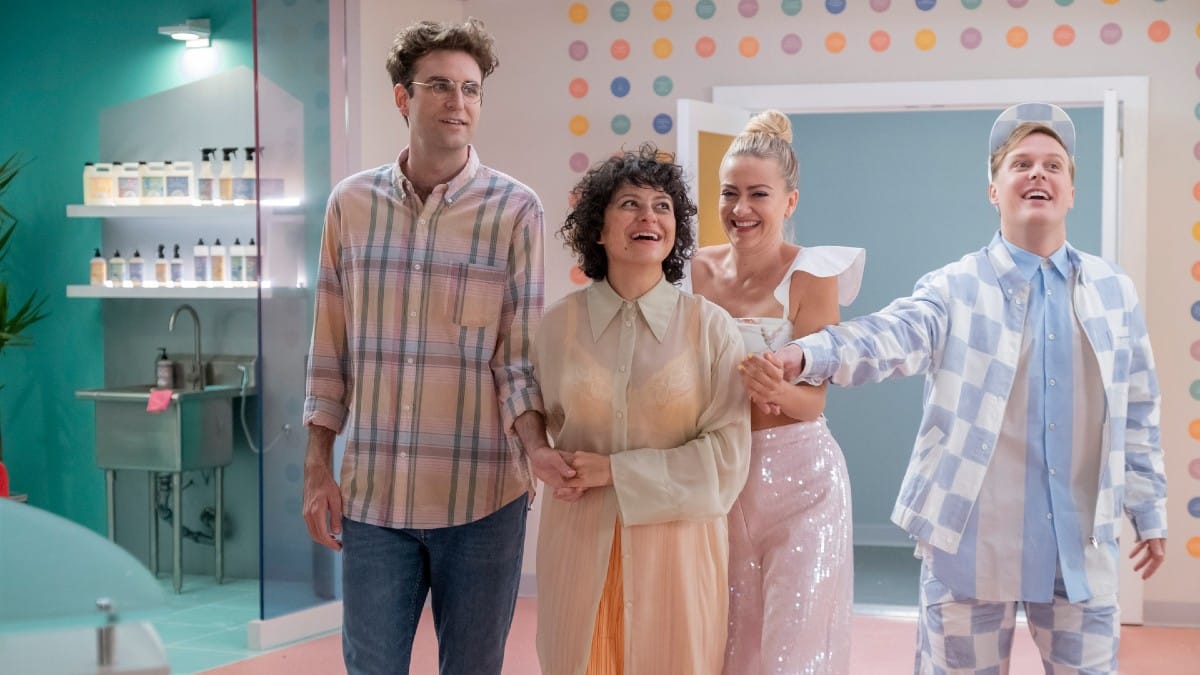 The cult hit comedy closes up shop in season five, sending its self-absorbed antiheroes into even darker, wilder directions.

Search Party, the TBS-turned-HBO Max comedy from co-creators Sarah-Violet Bliss, Charles Rogers, and Michael Showalter, has never been afraid of reinventing itself. While it started off as a satire of New York millennials trying (and failing) to find their own identities, the show kept evolving and playing with so many genres — from whodunit to legal drama to abduction thriller — throughout its run. The fifth and final season is no different, except this time, the story has higher stakes and doubles down even more on what makes the show so fearless and wildly entertaining in the first place.

When we last saw Dory (Alia Shawkat), Search Party’s narcissistic antiheroine, she had just gotten out of a traumatizing near-death experience after being abducted by an obsessed fan in season four. And according to the EMT who saved her life, Dory was dead for 37 seconds. Convinced that she’s now reborn as a totally new person, Dory tells her equally self-centered friends — Drew (John Reynolds), Elliott (John Early), and Portia (Meredith Hagner) — that her purpose in life now is to spread love and bring enlightenment to the whole world. Though the three still pretty much care about Dory, they don’t buy any of what she says and believe that their lives will be better off without her. That’s why they decide to commit her to a psychiatric hospital.

While Dory spends her time inside the mental facility, her three friends try to move on with their lives. Drew and Portia start dating, while Elliott is trying to fix his relationship with Marc (Jeffery Self) by adopting a child from a super mysterious man played by John Waters. This whole adoption subplot is Search Party at its most uncomfortable, as it turns out that the boy Elliott and Marc brings home is a creep with no shortage of murderous tendencies. Early remains the show’s secret weapon, with top-notch comedic timing and his signature expressive face, while Waters’ magnetic menace slots in effortlessly with the ensemble.

Eventually, Search Party pivots into yet another jaw-dropping direction, mixing cult drama with a sharp satire of the wellness industry and influencer culture. After successfully escaping from the hospital, Dory, once again, becomes an internet sensation — so much so that an Elon Musk-type tech mogul named Tunnel Quinn (Jeff Goldblum) wants to work together with her to create “enlightenment pills.” Though Drew, Portia, and Elliott are skeptical of this idea at the beginning, they find themselves sucked into Dory’s vortex all over again, especially after she tells them that all of their problems will be gone once they take the pills.

Ever since the show’s inception, Dory has always been a manipulative, compulsive liar. But there’s still also a bit of sincerity and a glimpse of innocence within her. But this season, she seems to have lost herself completely. Her mission of wanting to heal the world is not really based on altruism, but rather her desire to be validated by other people – just the latest permutation of the show’s exploration of millennial self-obsession. Dory has become the worst version of herself without even realizing it, and Shawkat plays this final transformation into some kind of fake Messiah with brilliant, subtle ease. It’s the role she was born to play.

There’s a shocking narrative leap in the final two episodes of the show that might just turn off even the most ardent Search Party viewers. But considering that Search Party has always been about how our narcissistic behavior can hurt other people and destroy the world we live in, it’s not really a surprise that the show will conclude that way. The show remains TV’s most fearless comedy right up to its final shot. It will be missed a lot.

All ten episodes of Search Party season 5 are currently streaming on HBO Max.