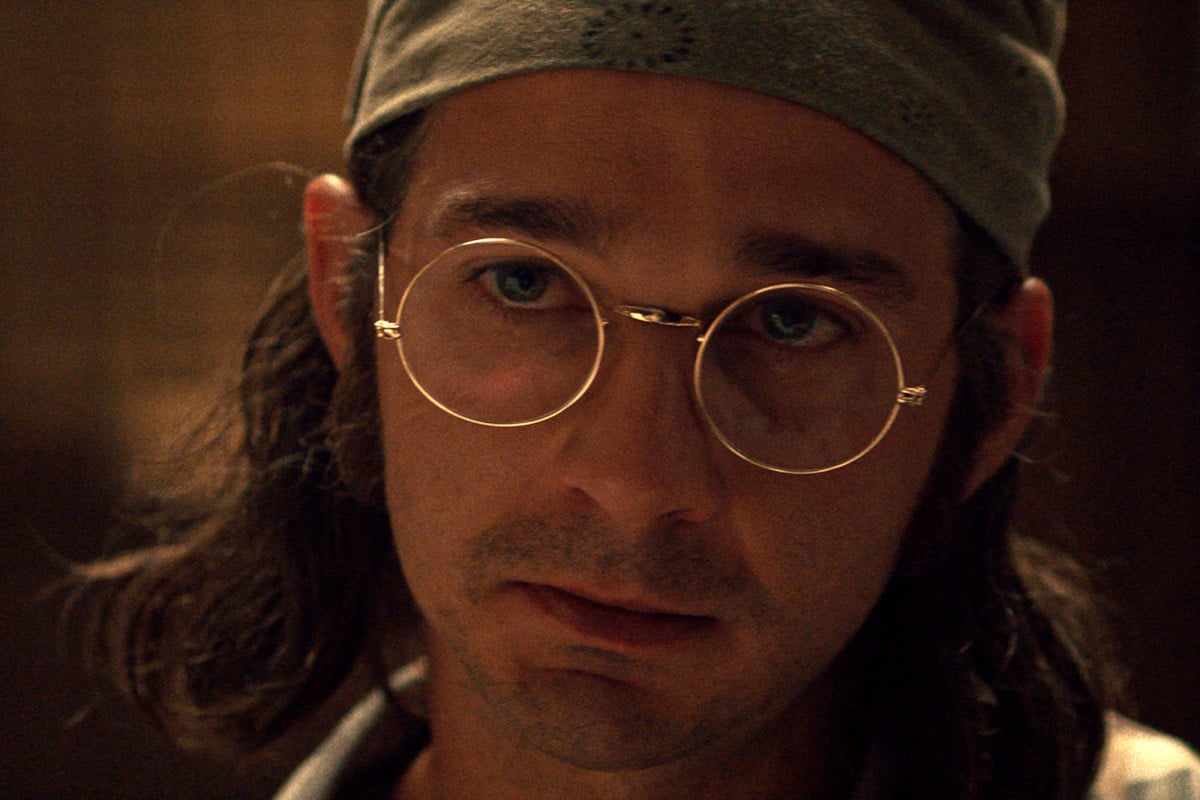 “Art is the most intense form of individualism the world has ever known,” Oscar Wilde once said. And while that isn’t a particularly deep quote—nor is it original to reference it—it’s something I find myself coming back to time and time again. Maybe it’s our pathological need to see things from our own perspective. Maybe it’s our desire to project oneself onto a screen, and then get confused when we fall short.

Sometimes it’s easy to do so, like in Greta Gerwig’s Lady Bird. Sometimes it’s nearly impossible, like in Lars von Trier’s The House That Jack Built. There are movies like the former that we want to identify with, and ones like the latter where our knee-jerk reaction is to dissociate. But regardless of content or worldview, there’s an undercurrent of egocentrism (the perceptive kind, not the selfish kind) that drives the artistic process. Then there are movies like Alma Har’el’s Honey Boy, where singularity falls second fiddle to recreating someone else’s story.

22-year-old actor Otis (Lucas Hedges) is an actor who, after a car accident, ends up in rehab where he has to confront the PTSD he developed as a child. Cut to an Otis 10 years earlier (Noah Jupe), whose life as an actor weans under his domestic motel life with his dad, James. He’s unhinged Vietnam vet with a V-twin bagger and a Ben Franklin haircut. And you know who plays him? Shia LaBeouf, who also wrote the film in his feature screenwriting debut.

To say Honey Boy lacks its own truth would be incorrect. It does have that, and oddly enough, its allegiance to such straightforward storytelling is what keeps it from really taking off. LaBeouf and Har’el toy with narrative structure, cutting between 12- and 22-year-old Otis, but as the film drifts away from any real focus on the latter period, the movie loses its sense of consequence. It’s like an excuse for a few bouts of impressionistic editing, like its aesthetic and structural choices are a means to an end.

That’s what Honey Boy feels like at times: close, earnest, and quiet, but distant and sped up.

This, obviously, isn’t the case when it comes to intention. This is a dear story for LeBeouf as an artist, and it’s clearest in how he orchestrates it: turning his pain into a proscenium, channeling the man who was a dictator for a large chapter of his life. But by Har’el directing LaBeouf’s own story, a distance forms between the internal and the external. In fact, it’s such a personal story that it feels borderline phony to have a third party direct it, which is what its worst moments feel like.

Har’el, despite her flourishes, is more of a spectator than a director. Her view is even passive most of the time, falling short in fleshing out character psychology beyond the beats and manners that LaBeouf peppers through his script. Instead it’s he who tries to wring it out onscreen. He puts his all into his performance, revolting and magnetizing in equal measure.

He’s also much keener at finding the codependency in James and Otis’s relationship, so much so that the scenes with an older Otis feel all the lonelier without him. It’s a curious thing to miss the antagonist, but the performance is so seamless that it defines the world with all its smoky edges.There’s a line later on that plays into this emptiness. As James and Otis kneel in a field, the former turns to the latter. “You know, a seed has to completely destroy itself to become a flower,” he says, and in one of the Har’el’s more onerous directorial choices, a plant blooms in a time lapse.

That’s what Honey Boy feels like at times: close, earnest, and quiet, but distant and sped up. For all its individualism, there’s a consciousness just a bit too divorced from itself to land.