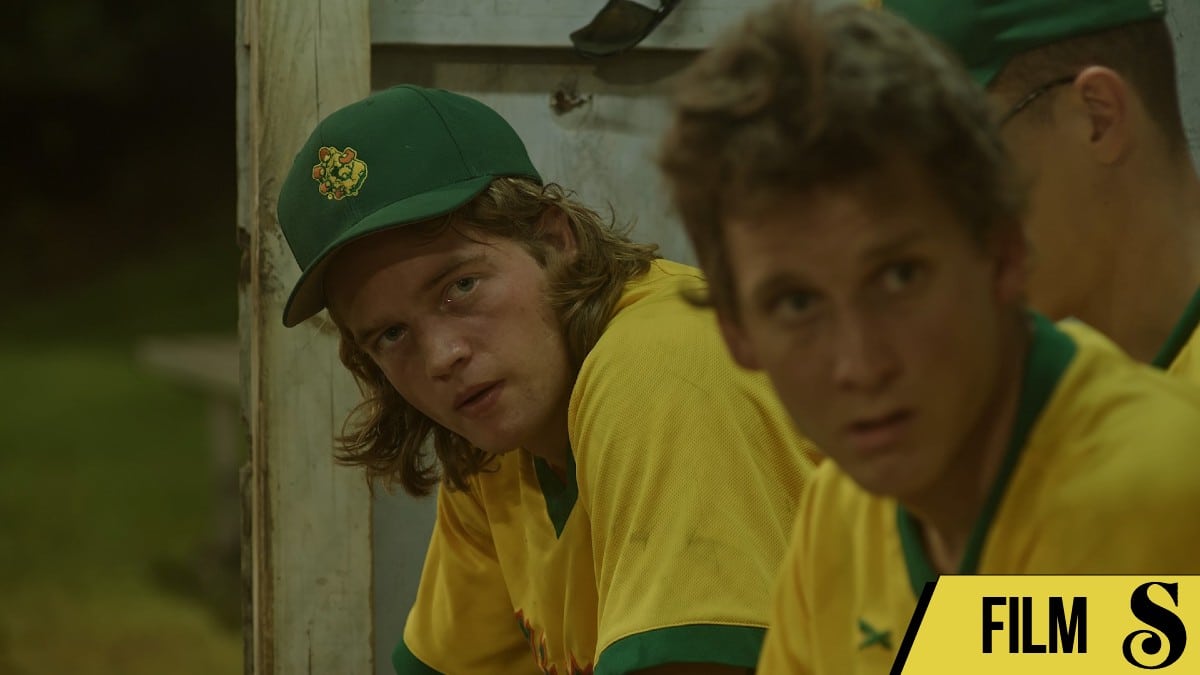 Grear Patterson’s debut feature is moody, evocative, and graciously efficient, but doesn’t fill its world with characters you can care about.

In a world where the average blockbuster runs closer to two and a half hours than 90 minutes, the 75- to 80-minute movie is often like a breath of fresh air. Kudos then to the filmmaker that can manage to make those minutes feel like 1,000 years. It’s an impressive feat, albeit one no one wants to sit through. Unfortunately, this is where all 78 minutes of Giants Being Lonely lands.

Director and screenwriter Grear Patterson’s debut is a moody little exploration of the perils of growing up. Set in the warm days at the end of the school year in the south, we follow a group of teenagers as they wrap up the year and prepare for prom. The cast is mainly comprised of unknowns, which adds to the film’s feeling of “Anyplace, USA”. There’s wayward baseball star Bobby (Jack Irv), the coach’s battered-down son Adam (Ben Irving), and Adam’s crush, Caroline (Lily Gavin). From first loves to illicit affairs and parental abuse, the kids go through it all as they wait for summer to come.

Where Giants Being Lonely succeeds is in its dreamy cinematography and sound design. Watching it almost transports you to the muggy summer days of youth, you can practically feel it in the air around you. But that’s pretty much the only place the film succeeds.

While having a film that’s more about atmosphere than plot isn’t an inherent issue, even twenty minutes into the film it’s still unclear what relationship the characters had to one another. Are they friends? Crushes? Exes? Classmates? Do they like each other? Do they hang out? Giants Being Lonely has absolutely no interest in telling you. Compounding the issue is the lack of dialogue in the film. Whole scenes roll by with hardly a word spoken, leaving the audience to grasp at straws to figure out what anyone wants or who they are.

With so little to go on, when Patterson starts peppering in moments of high drama, they all fall flat. It isn’t dramatic to reveal a character’s terrible home life when that character is essentially an empty vessel. Without identity or drive, it’s impossible to get invested in anything that happens to these people.

Patterson has professed that he based much of the script on events and trauma from his own life, which makes me wish he understood how to put more of himself in the story. The events that unfold may resemble his own North Carolina upbringing or that of his peers, but where are their personalities? What makes Bobby, Adam, and Caroline who they are? What binds them together? What stops them from being anyone else in the world? Patterson doesn’t know, so neither do we.

Style and aesthetics alone do not make a movie.

This is where the film lacks specificity, and what makes the film drag on seemingly without end. It’s like looking through a kaleidoscope—the colors shift and move, there’s something to capture the eye, but it’s meaningless. So meaningless it renders what should be the film’s emotional climax absolutely laughable.

Giants Being Lonely wants desperately to be a modern-day Virgin Suicides, but it learned all the wrong lessons from Sofia Coppola’s most famous work. Style and aesthetics alone do not make a movie. And a terrible event only becomes a dramatic tragedy if we care about the people involved, and there’s nothing here to make you care.

Giants Being Lonely is currently available on demand and physical media.