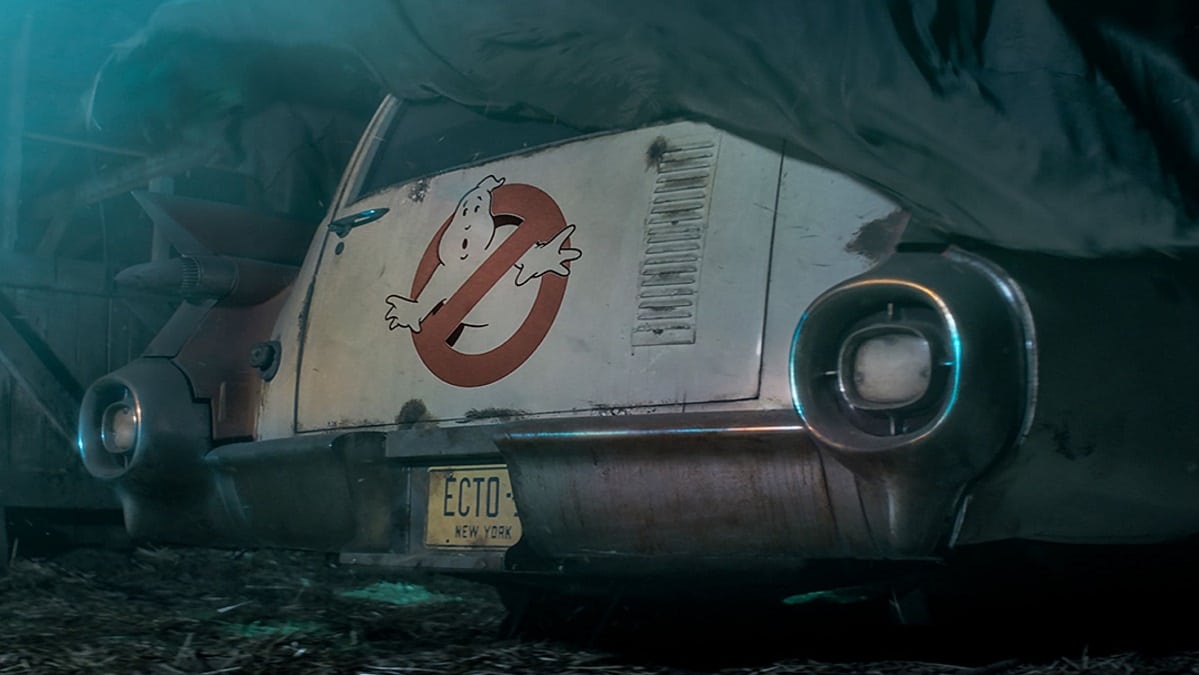 The sequel/reboot is a father-son passion project no one needed.

One of the few moments of genuine humanity from Ghostbusters: Afterlife comes before the movie starts. In the press screening intro video, director and co-writer Jason Reitman shows up to tell everyone to please enjoy the movie. Then he briefly mentions the high stakes pressure of taking up the mantle of a beloved film property from his father, Ivan Reitman.

The director-producer of the 1984 classic apparently sat next to his son on set every day. While Jason seems to have enjoyed the experience, he deadpans, “You can imagine how difficult it is to have your father second guess every creative decision you make.” Humorous or not, it’s a brief peek into a much more interesting behind-the-scenes documentary than anything we get in the actual film.

It’s a lot of awkward, unnecessary pressure to take over the family business when the business is making timeless art. There’s a reason Jakob Dylan didn’t make The Wallflowers record a spiritual sequel to Blood on the Tracks with Bob Dylan behind the boards.

Jason’s relationship with his father also informed his approach to Afterlife. The experience of Ivan being gone for weeks and months at a time while directing provides an emotional starting point for the reboot/sequel. Steven Spielberg and Ryan Coogler are two gifted filmmakers who know how to channel the pain caused by absentee fathers into crowd-pleasing entertainment. On the other hand, Jason, while talented, struggles to bring emotion to a movie literally about ghost fathers, dads who are both there and not.

Afterlife takes the ghostbusting away from New York City and into the cornfields of Oklahoma. Callie (Carrie Coons) brings her two children to live on a dilapidated “Mud Farm”. A single mom down on her luck, this inheritance from her absentee–and then deceased–father is a place of last resort. The oldest kid, Trevor (Finn Wolfhard), is an awkward teen who’s a whiz with cars but not with ladies. The youngest 12-year-old science genius, Phoebe (Mckenna Grace), takes after her grandfather. Callie calls their out of the picture father “just a normal son of a bitch.”

Before long, Phoebe and her brother start discovering the ghostbusting secrets (and equipment) left behind by their gramps. Then they set about recreating the original film beat by beat. Sure, they battle new ghouls, but they look and behave just like old ghouls. The script places the whole endeavor on Wolfhard and Grace, talented actors bringing their A-game. Unfortunately, the screenplay also fails to give their characters growth beyond precocious kids getting into spooky trouble.

What we’re left with is a film about parents and their children that’s deeply personal to its director and his father but keeps the audience feeling nothing besides strained nostalgia.

There’s also Phoebe’s goofy Summer School science teacher, Mr. Grooberson (Sexiest Man Alive Paul Rudd). Why this girl who can figure out quantum mechanics is going to Summer School and not applying for early admission at MIT is a mystery the movie never solves. However, it gets us to the best part of the movie–Rudd and Coons sharing screen time.

As the only adults in the room, they don’t get to do as much as the kids. But when their characters meet and fall for each other, it’s like getting a peek into a better film. It’s also great to see Coons get to rom-com. I’ll happily put my signature on the petition to get them to be co-leads in any other movie, preferably one with lots of flirting.

Beyond that, the movie gets stuck in a no man’s land of nostalgia. It tries desperately to remind you of reasons you liked the first one. Remember how fun the Stay Puft Marshmallow Man was? Well, how about a bunch of tiny, cute ones! Simultaneously, it bogs itself down with a young cast playing Ghostbusters cosplay like it’s season 2 of Stranger Things.

Reitman has scripted Afterlife as a direct sequel to Ghostbusters. In image, though, he shoots it with expansive vistas, lens flares, and awed wonder as if it’s a family-friendly Amblin film. No place here for subversive comedy or a spirit going down on Dan Aykroyd.

Reitman also has trouble grappling with the action set pieces. The film’s opening is an intense night chase through a cornfield, but there’s no attempt at orienting us in the surroundings thanks to choppy editing, making it hard to figure out where to focus. Same with a destructive car chase later in the film featuring the classic Ecto-1 car that goes through the whole town without letting us get our bearings or feel any momentum.

What we’re left with is a film about parents and their children that’s deeply personal to its director and his father but keeps the audience feeling nothing besides strained nostalgia. There’s also a pulling the heartstrings moment with a tribute to the late, great Harold Ramis. As perfect as he was in the first two films as Dr. Egon Spengler, his memory still can’t make the moment feel anything but misguided. I ain’t afraid of no ghosts, but I am afraid of sitting through unnecessary father and son passion projects.