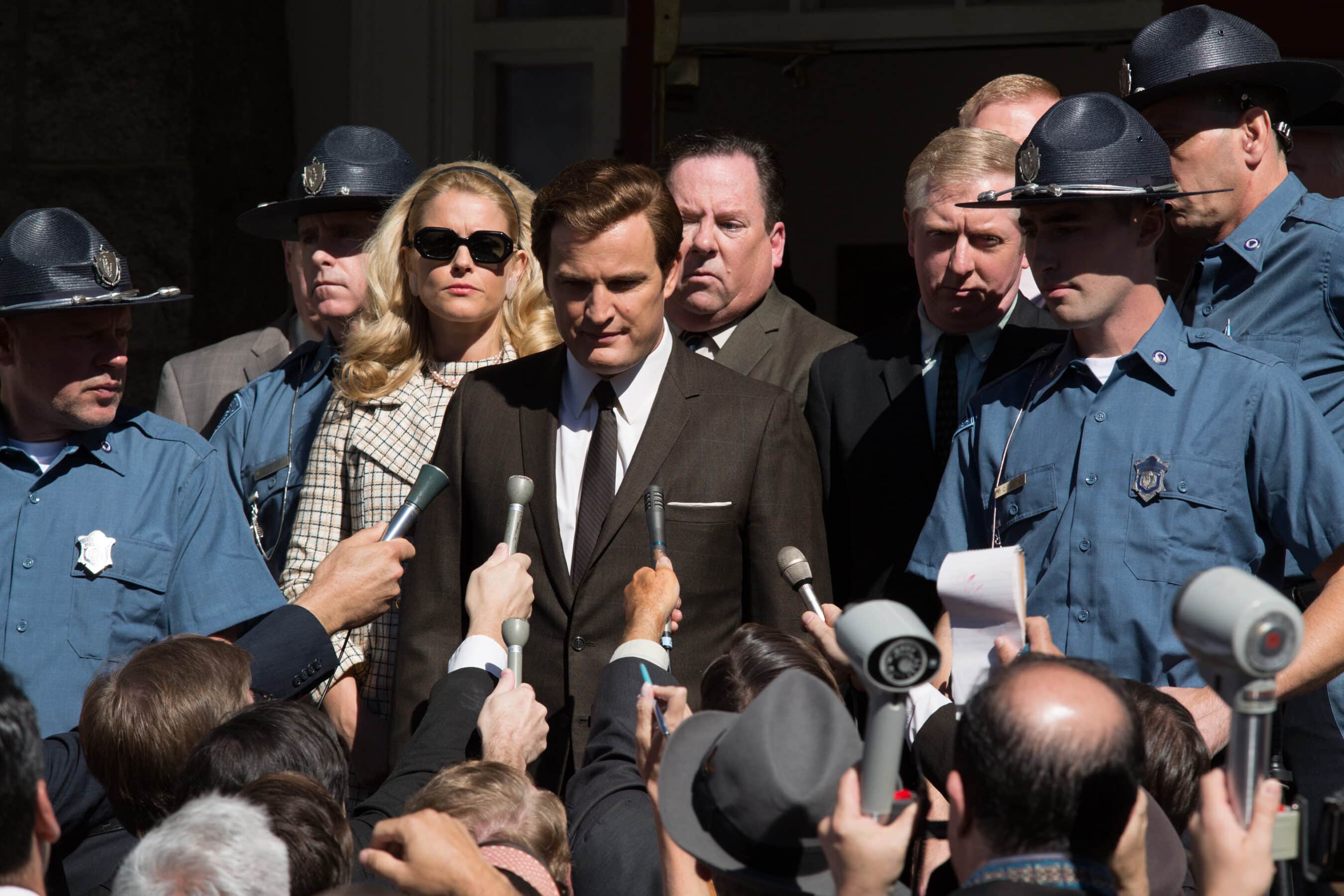 John Curran’s ill-timed retelling of Ted Kennedy’s infamous car accident in the Chappaquiddick is dour and more than a little politically murky.

This piece was originally published on Alcohollywood

For a film about lies and secrecy, Chappaquiddick is bizarrely preoccupied with getting its story straight.

Director John Curran and screenwriters Taylor Allen and Andrew Logan seem to acknowledge that they don’t have all the facts, but have too much respect for the subject matter to veer into speculation. What they don’t know, they don’t show, and unfortunately, the film advertising itself as “The UNTOLD True Story” doesn’t have much to reveal. For better or worse, an Oliver Stone film this is not.

What results instead is a limp, unengaging procedural that dramatizes the 1969 incident in which the late senator Ted Kennedy was indicted for manslaughter in a vehicular accident that killed his passenger, a young female secretary who used to work for his family. Her mere companionship, when discovered, would arouse suspicion. Her death would kill his chance at the presidency, and end the Camelot legacy, full stop.

To its credit, Chappaquiddick aptly demonstrates the way in which a desperate think-tank of fixers can formulate enough half-truths, cover-ups, and outright lies to wear the voting public down to the point of submission, even gratitude. Reflecting on the world’s current political climate, this reviewer was left feeling haggard.

The film flirts with farce, but is ultimately too self-serious to compare to this year’s The Death of Stalin. The most frivolous example must be the scene in which Ted Kennedy insists on wearing a neck brace to the victim’s funeral. His family begs him not to, but The Lion of the Senate storms out of the room like a petulant My Sweet Sixteen contestant, shouting, “I’ll wear what I want!”

Contrast this, weirdly, with a follow-up scene where responsible journalists on all three stations point out that he was clearly uninjured. Follow up again with a calm, sober Kennedy admitting to his staff, “The neck brace was a mistake. I see that now.” The storytellers have a sense of humor here, but the tone of the jokes is so wildly inconsistent that I honestly cannot tell you when or where the humor is being intentionally employed.

For that matter, I wonder what exactly Ed Helms and Jim Gaffigan are doing in this political drama. It’s always welcome to see an artist change tack and try something new, and the comedians acquit themselves decently in their serious roles. Unfortunately, the material only gives them the opportunity to prove that they can convincingly portray the sort of bland, boring characters who stand on the sidelines and worry for the protagonist.

As Kennedy, Jason Clarke is merely adequate; his Ted is a man paralyzed by doubt, and his own deep-seated fear of failing to live up to the family name. It doesn’t help his ego that the Chappaquiddick bridge incident takes place in the shadow of that moon landing his president brother was so keen on, a fact Chappaquiddick repeatedly reminds us of. The senator prides himself on his moral compass, but in the end he gives up and takes the path of least resistance, succumbing to the sick theatrics that give Washington a bad name.

While giving his official televised statement on the incident, he sits behind a desk propped up by books (to make him look taller), kicks his shoes off (the camera can’t see them), and follows directions to pretend to speak from the heart (while reading off cue cards). Kennedy insists he’s giving the public “his version of the truth,” and the film doesn’t do much to refute it. In our so-called post-truth society of doublespeak and “alternative facts,” it’s a deeply unsettling portrayal of the man, perhaps meant as a reminder that, yes, there is corruption on both sides of the political spectrum.

The film’s closing moments offer an ominous reminder that, whatever good Ted did in his four subsequent decades in the Senate, his life held no more intrinsic value than that young girl’s. It’s a well-intentioned, but bizarre choice that makes Chappaquiddick feel ill-timed and murky in terms of its political aims. I’m not certain that now is the best time to be attacking the left, but it’s definitely a little late in the game to be running a smear campaign on Kennedy.

Chappaquiddick is in theaters now.