It’s been 32 years since the release of Spike Lee’s 1988 hit School Daze, a film that tackles the tough conversations and experiences of young educated black people through music, dance, and situational confrontation. It’s Lee’s third film, one where he’s still finding his footing, and yet he already has his finger on many of the issues that affected young black audiences at the time, and still do today.

Set in the fictional historically-black Mission College, viewers are first introduced to young black activist Dap (Larry Fishburne) when his boycott of apartheid in South Africa is interrupted by Greek life (and social order) leader Julian (Giancarlo Esposito) and his pledges. Throughout the film, the pair butt heads in more ways than one, but the confrontation at its core is who really brings power to black people.

School Daze serves as an interesting precursor to Lee’s later heavy-hitters such as Do the Right Thing, Mo’ Better Blues, and Jungle Fever because it is strictly a black cast insulated from the outside world. Anticipating a Spike Lee Joint to expose the nuanced nature of blackness is one thing, but this film processes so much of it in a unique way. There are no white people. No-one to act as the obvious racial aggressor.

In setting School Daze at an HBCU, Lee peers into a very particular black space that is largely siloed off from the “real” world”: every conversation is directly related to black people’s own perceptions of, and issues amongst, themselves. Watching School Daze in 2020 feels visceral when terms like colorism and intersectionality are instead framed through clumsier colloquialisms like “Wannabes” and “Jigaboos”.

Other than a few fashion and word choices, this film doesn’t feel dated either. For those (like myself) who have attended college closely within the black community, characters like Dap instantly recall the kinds of “black-tivists” one meets on campus — loud, militant, and uncompromising in their advocacy, even if it ruffles the feathers of everyone around them.

Conversely, his counterpart Julian feels right in step with the kind of student one thinks of as “safe”; he’s consistent in how he moves and makes decisions. For “Big Brother Almighty”, Dean of the fictional Gamma Phi Gamma fraternity pledges, the rules are defined through the social hierarchy. And sometimes amusingly, he belittles Half-Pint (Lee) into never forgetting that fact.

In reality, many fraternities and sororities were founded under the principles of philanthropy and togetherness, but that polished image of Greek life is something Lee scratches with glimpses into hazing, deep-seated misogyny, and mob mentality. There are so many layered issues in this film it’d be impossible to keep up without the dancing and heartfelt cousin conversations of Dap and Half-Pint to cut the tension.

Now, what would this film be without the film’s leading ladies, Jane (Tisha Campbell) and Rachel (Kyme), clashing not on the larger conversations of power and leadership, but in the beauty standards of black women? The ensuing conversation told through the exceedingly vibrant “Good and Bad Hair” sequence, is one of Lee’s most enticing song-and-dance numbers in black cinema.

It begins with a tiff between Julian’s fair-skinned (and, subsequently, fawned over) Jane, and the short-haired, dark-skinned Rachel. The routine wrestles with concepts around dark and fair skin, relaxed vs. natural hair, and a slew of other beauty standards that often play out negatively for darker and kinkier-haired women.

At one point, Rachel questions if Dap’s love for her solely stems from her being one of the “darkest sistas” on the campus. As a response, Dap is forced to confront his own internalized colorism. Lee doesn’t let any characters off the hook and he doesn’t mince words. In step with Do The Right Thing, audiences are never told who exactly to follow.

Throughout the film, we are forced to stare directly at ideas of activism vs. pacifism, colorism, black gentrification, and even religious rhetoric’s power to uplift. Damn, understanding racism exists for black people is one thing, but watching Lee expose the multiplicity of issues within the black community is an entirely different beast.

Throughout the film, we are forced to stare directly at ideas of activism vs. pacifism, colorism, black gentrification, and even religious rhetoric’s power to uplift.

Lee’s boldness in form is also in flux, but the hallmarks of his signature style are there. His characters speak in didactic close-up to convey uncomfortable messages about race and sexuality, as confrontational as ever. He uses jazz music to continually root us in a very black cultural experience, while also playing into his love of full-figured MGM musical styled dance. Visually, School Daze’s vibrant, slickly-choreographed dance sequences feel like watching Ernie Barnes’ “Sugar Shack” come to life.

It also helps that the still-developing cast of frequent players, from Esposito to Fishburne to Lee himself are able to bring truth to Lee’s words in a way that feels authentic and polished.

And yet, Lee fuses the historical with the personal, imbuing School Daze with images from the gamut of black history. From images of slaves to flashes of prominent black educators, hair, and clothing, School Daze asserts ideas of black worth, making the audience recognize that the black experience is theirs to own in totality.

Lee does an exceptional job of exposing so many aspects of youth, vulnerability, and the need to be accepted in two solid hours of film. For those looking for a good laugh or even a glimpse into the life of college students just trying to figure it out, this film more than delivers an accurate portrayal of the fears, joys, and demands of growing up. But for black students, the added setback of oppression (whether internal or external) looms large over these most formative years. Hopefully one day, School Daze will feel more historical than personal. 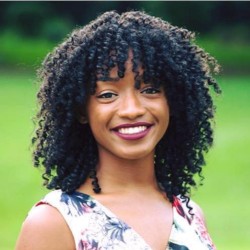 Latest posts by Daphnee McMaster (see all)
Liked it? Take a second to support The Spool on Patreon!