When considering the whole of an artist’s body of work, there’s always one or two mid-tier pieces that can be described generously as “no one’s favorite.” This isn’t to say they aren’t worth examining or even that they aren’t good, it’s more that they are overshadowed by the highest peaks and not as fun to ridicule as the lowest valleys.

That’s where the mid-career Gothic horror Sleepy Hollow lands itself in the Tim Burton canon. It lands chronologically right between the filmmakers’ heyday and his era of self-gratification, and as such, it can easily get lost in the shuffle. (This is especially true when one is, for example, asked to choose a Tim Burton film to write about and frustratedly stares at the sign-up sheet realizing that “all the good ones are taken.”) Yet some lovable elements to this oddball among oddballs, it just takes some patience and consideration to tease them out.

Sleepy Hollow came right on the heels of Burton’s first major professional failure, an ill-fated Superman adaptation which never got off the ground due to grandiose ideas and artistic differences. Perhaps a result, the film comes off as restrained and grounded, especially in comparison to its immediate predecessor Mars Attacks! This stylistic homage to mid-50s Hammer gothic horror recasts Washington Irving’s hapless hero Ichabod Crane as a squeamish 19th-century police constable sent to investigate a series of beheadings in upstate New York. Crane is played by Johnny Depp, because of he is.

The first act – undoubtedly the strongest – moves along like a carnival sideshow, introducing Crane to multiple small-town secrets and connections as he attempts a serious investigation into the ghost story. All the while, Burton shows off his round table of venerable English character actors (Christopher Lee, Ian McDiarmid, Michael Gough)  – many of whom famously played ‘50s horror villains themselves. There’s a great deal of non-verbal storytelling to draw the viewer in, which is only a good thing, as some of the dialogue is downright ghastly.

Katrina: I have shed my tears for Brom… and yet my heart is not broken. Do you think me wicked?

Ichabod: No… but perhaps there is a little bit of witch in you, Katrina.

Katrina: Why do you say that?

Ichabod: Because you have bewitched me.

However, as the film goes on, the clear-cut horror story becomes murkier and muddled with plotlines that never amount to much. A bit too much time is spent on the Byronic burgeoning romance between Crane and our characterless leading lady Katrina (Christina Ricci), as well as flashbacks to Ichabod’s childhood, and his mother – a witch – being murdered by his father – a pious sadist, I guess? The film purports to have a A Lot To Say about religion, justice, science, and superstition, but this is something of a false flag. It never really builds to anything and falls by the wayside when the movie remembers to be a mystery again, which it does, in time for a rushed chase into the third act. This messy pacing drags the film down, as does its overstuffed number of characters and inconsistent level of campiness.

The film’s real success is in creating a classically-spooky atmosphere, which distracts from the weaknesses uncovered in the breakdown. Except for choice uses of bright color, the film is muted and monochromatic, playing well into Burton’s love of all things cold and wintery. He’s aided here by frequent Afonso Cuaron collaborator Emmanuel Lubezki as director of cinematography, and together they inundate the viewer into the secretive colony of the Hollow. Unlike many parts of the script, these cramped and claustrophobic visuals actually build to something, as the film’s best scene takes place in a small church powderkeg-packed with panicked townsfolk waiting out the impending attack of the Horseman (played with delicious pointy-toothed camp by Christopher Walken in a delectable flashback).

Reportedly, Depp has never actually seen this film because he doesn’t care for his performance in it. It’s unclear why, as his acting decisions are bizarre but wholly entertaining. It’s Ricci’s performance that’s the stumbling block, although her flat and wooden delivery may have less to do with her as an actress and more to do with Katrina serving as a non-character. Depp, meanwhile, is content to bumble around in an uptight fashion, trying to enforce methods of scientific discovery that he doesn’t fully understand. The result is somewhere between Blackadder and Sherlock Holmes, which is great for the group investigation scenes, but almost useless in terms of being a romantic leading man. (Also, this movie loves making him faint for some reason.) Meanwhile, our parade of British character actors amble about being British and full of character until their pre-designated demises, Miranda Richardson slinks around the background until it is time for her to go Full Camp, and also Casper van Dien is here for some reasons.

Sleepy Hollow is strange to cover for a career retrospective such as this because it’s best enjoyed when removed from the greater Tim Burton context. Yet Burton himself won’t allow us to do that because the film is so unmistakably his, albeit a very filtered version of himself. Many of his calling cards are here, as well as things like the “spooky tree portal” or the “swamp witch” which, while not quite trademarks, are clearly things he likes. All this to say is that this may be a mid-tier Burton that doesn’t fully fire on all cylinders, but that doesn’t mean it deserves to be a forgotten middle child. It’s got its charms and notes to explore, and even its failings are nothing to lose your head over. 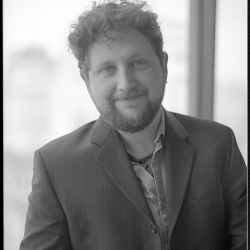 Latest posts by Martin Schneider (see all)
Liked it? Take a second to support The Spool on Patreon!