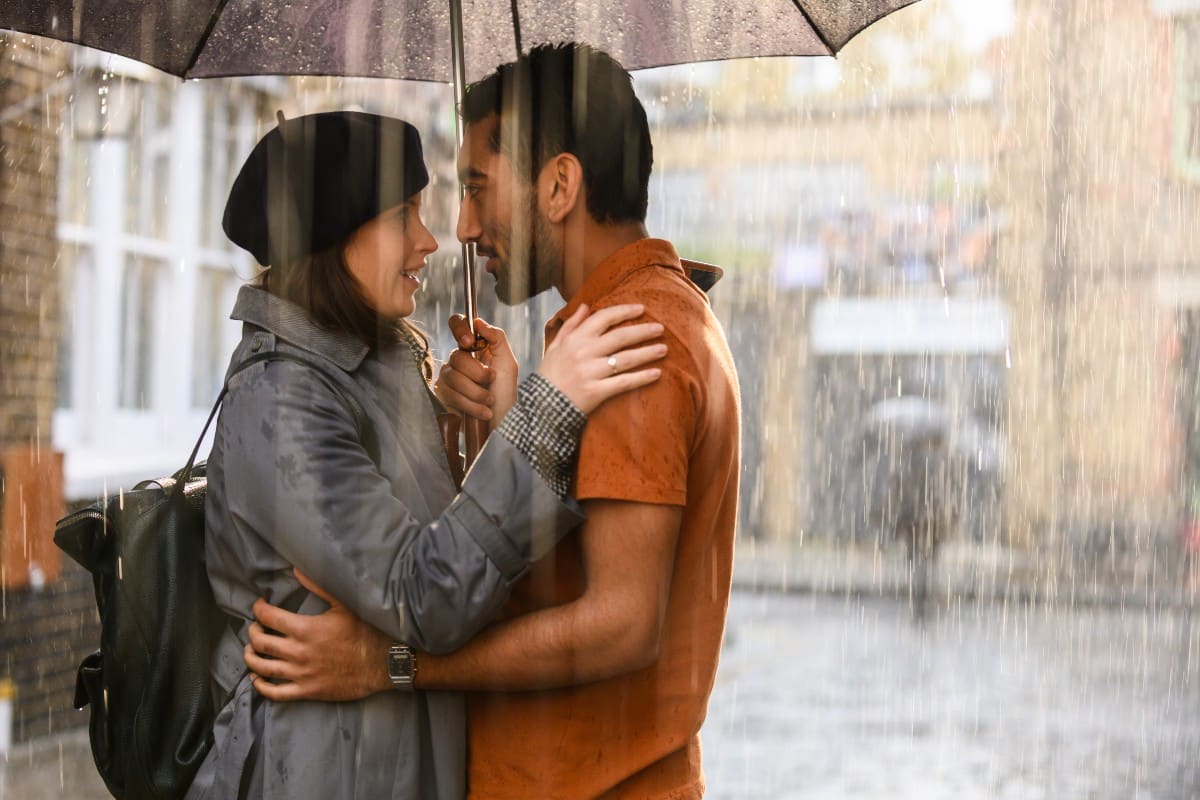 Augustine Frizzell’s adaptation of Jojo Moyes novel squanders a talented cast on a tale so familiar it could be a carbon copy.

While author Jojo Moyes doesn’t confine herself to the romance genre, her works do share a rosy bloom. Light-heartedness and melodrama and historical settings and yes, love, all abound. So without even reading it, you’ll probably have some idea of what to expect from the newest adaptation of her work, The Last Letter from Your Lover. There’s the French Riviera and 1960s fashion and mystery and a torrid love affair—the works. And director Augustine Frizzell doesn’t seem too interested in taking this tale off the tracks.

In short? It’s your classic Netflix weepie, though perhaps a little more star-studded than usual. Felicity Jones (Rogue One) stars as Ellie, a modern London reporter with a bad case of heartbreak and a crappy attitude. While researching a basic assignment, she stumbles upon an old love letter that’s so intoxicating she becomes determined to track down who it belongs to and what happened to the couple in question. In between scenes of Ellie’s search, we see the romance play out. Jennifer (Shailene Woodley, Big Little Lies) is a 1960s housewife with a husband who doesn’t seem to know or care that she exists. So when she meets dashing reporter Anthony (Callum Turner), it isn’t long before the two become swept up in each other and fall madly in love. But you won’t know if their romance ends in tragedy or happily ever after until Ellie gets to the bottom of it.

Is it saccharine? A little predictable? Overly dramatic? Sure. But so was The Notebook, the gold standard of a modern-day melodrama, and it’s hard for even a cynic such as myself not to fall a little in love with that love story. But while you’re sure to see more than a few parallels between these two films, where they differ is how The Notebook could get by on the strength of its characters’ charisma.

That’s not the case in The Last Letter from Your Lover.

The film’s grasp on characterization is poor at best, giving you very little to hold onto for either of its leads. All we know of Ellie is that she’s sad from her breakup and frankly, kind of a jerk. She doesn’t seem to be a very good friend, she’s not a good date, and her strange aggressiveness toward the cute little archives clerk who becomes her foil (Nabhann Rizwan) doesn’t read as quirky or flirty so much as needlessly shitty.

The film isn’t a colossal failure so much as it is consistently, blandly extant.

As for Jennifer, again, all we ultimately know about her is that she’s deeply unhappy. The movie is never particularly interested in who she is or wants to be outside of her relationships, which leaves her an empty vessel. You certainly prefer Anthony to her cold and distant husband, but can you honestly say you like either of them? I mean, do we ever actually get to know them? Is there anything specific to like at all?

If all you’re looking for is to see Shailene Woodly don some truly spectacular hats, then there’s plenty here for you! If you’re hoping for a connection to these people or a deeper moral than “Be brave!!!!”, there’s none to be found.

The film isn’t a colossal failure so much as it is consistently, blandly extant. Its direction and score play it safe and serviceable. Expect lots of glowy and romantic haze, soft lighting, the requisite closeups of raindrops on a window to indicate a profound sadness. Listen for the tinkling of piano keys, the gentle lilt of strings, all cued in at precisely the right moments in melodies exactly forgettable enough to leave you unsure if you’ve heard them before.

There are no big swings here. It isn’t necessarily the kind of film that needs them, but minus the power of The Last Letter from Your Lover‘s stars holding it together, they might have been the only thing that could save it from the most frustrating kind of mediocrity.

While the picture’s final moments somehow come together for an emotional and affecting climax, it just isn’t enough. The last words on The Last Letter from Your Lover are that it’s a two-hour slog whose surface pleasures fail to make it at all memorable.

The Last Letter from Your Lover is now streaming on Netflix.

The Last Letter from Your Lover Trailer: