The red panda keeps raging against the machine as the cartoon becomes even more painfully relatable.

There’s too little outrage in the modern sitcom. Life’s piled-up pains-in-the-ass can’t simply be shrugged off one episode resolution at a time. Minor grievances are often bundled into bigger drama but the monotonous disrespect the world shows us drives us to the brink, so why are the shows that most recognizably and consistently deal with the small things in life so afraid to melt down? If TV’s laughter should feel natural—an untamed and addictive joy, not Jimmy Fallon’s canned mimicry of human pleasure—the pain from which that laughter derives should be natural as well. Sometimes that means screaming into the void. That’s where Aggretsuko continues to resonate, echoing through the skulls of rage-filled office workers everywhere.

The Netflix anime’s third season sees humble accountant/thrash metal enthusiast Retsuko once again raging against various machines by making beautiful mountains from life’s molehills. Aggretsuko’s sophomore effort turned the lens outward—digging into overbearing mothers, younger co-workers, and what its central secret metalhead wanted from her life beyond the confines of her cubicle—so now it’s time once again for Hello Kitty’s corporate cousin to recenter. As bad as it all is out there, Aggretsuko is still strongest when it focuses on its lead getting pissed rather than the world pissing on her head and telling her it’s a relaxing spring shower.

Writer/director Rareko returns to captain the fiery, spasmodic animation that so uniquely suppresses anxiety and disillusion beneath a mask of capital-C Cute. Retsuko and her problems do laps to and from the deep end, with inventive visual gags that follow suit. A giant Retsuko appears to grab her co-worker; an actual hole appears where Resuko’s heart should be. An opening gag about a VR boyfriend and its addictive, microtransaction-filled heaven is bitingly funny and more engaging to watch than a pair of adorable animals have a regular conversation.

Aggretsuko continues to resonate, echoing through the skulls of rage-filled office workers everywhere.

The environments and situations advance beyond the office this season, not only giving Retsuko novel new foibles and fears to deal with (a lack of savings, a minor car accident, dealing with cops) but using this expanded worldview to show its lead and its audience that the world has plenty to offer outside a cubicle. Some of that may suck, of course. In fact, according to Aggretsuko’s Seinfeld-meets-Twisted-Sister misanthropy, it ALL sucks—unless you’re willing to do the damn work.

That there’s worthwhile work to be done at all is growth from the series. But it doesn’t come easy…for Retsuko at least. For us, it’s an easier watch than the others. The sharper and more desperate season three is exactly the emotional rebound the scream-filled series needed with less standalone awkwardness, ennui, and melancholy.

In fact, it starts out with about as much anarchy as the series has seen, with Retsuko getting even more anti-capitalist. Centered around the phrase “endless rat race,” the song that starts off with “screw you capitalism!” is intensely relatable even if you’re not a freelance TV critic: “The cash I’m not gettin’ / The debt I’m still frettin’ / The flames of financial hell got me sweating.” And then she literally seizes the means of production. It rules.

That’s because we leave the world of accounting (this isn’t The Office so boring office jobs only hold so many avenues to explore). Expanding Retsuko’s world into semi-satirical, hyper-cynical, idol-based J-Pop is all sorts of fun. The bubblegum music and its silly singers welcome in a plotline that manages to stick two middle fingers up to Ayn Rand while still appreciating our heroine’s unique abilities. A way with numbers, a killer voice, an unstoppable ambition (once the haze of depression clears and static of anxiety smooths)—these are the things that make Retsuko shine, and they shouldn’t be restricted to making a corporation cash. But folks still gotta live.

It’s here that the economic vibe softens its “burn it all down” stance to a “well, really it’s those corporate jobs that are the real baddies.” As nice as it is to see Retsuko finding solace in her own skills, she still gets bullied into it—a bleak continuation of a character that’s agency ebbs and flows. So when she’s confronted with another of her polar opposites (this time another passionate dream-follower rather than a laidback rich boy), a hilarious and epic setpiece ensues that forces character growth. I’m not sure if Retsuko’s changes will stick after the first five episodes of the season, but it’s much nicer to see her angry and self-assured than quietly hopeful.

As always, every line of the show is a screencappable meme (thanks to Rareko’s understated yet instantly relatable barbs), but even more so in this season’s songs. Less tied to their particular subject matter, they scream and holler at life’s general systems and structures: “If you’re hearing this / And you want to gaslight me / Go ahead an’ do it dick! / Step! Up! Fight! Me!” Ah, the siren song of the completely over it. Who can’t relate to that after 2020’s summer?

Season 3 of Aggretsuko is now available on Netflix 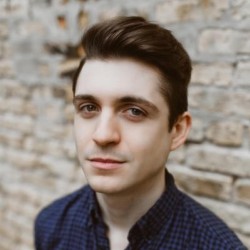 Latest posts by Jacob Oller (see all)
Liked it? Take a second to support The Spool on Patreon!