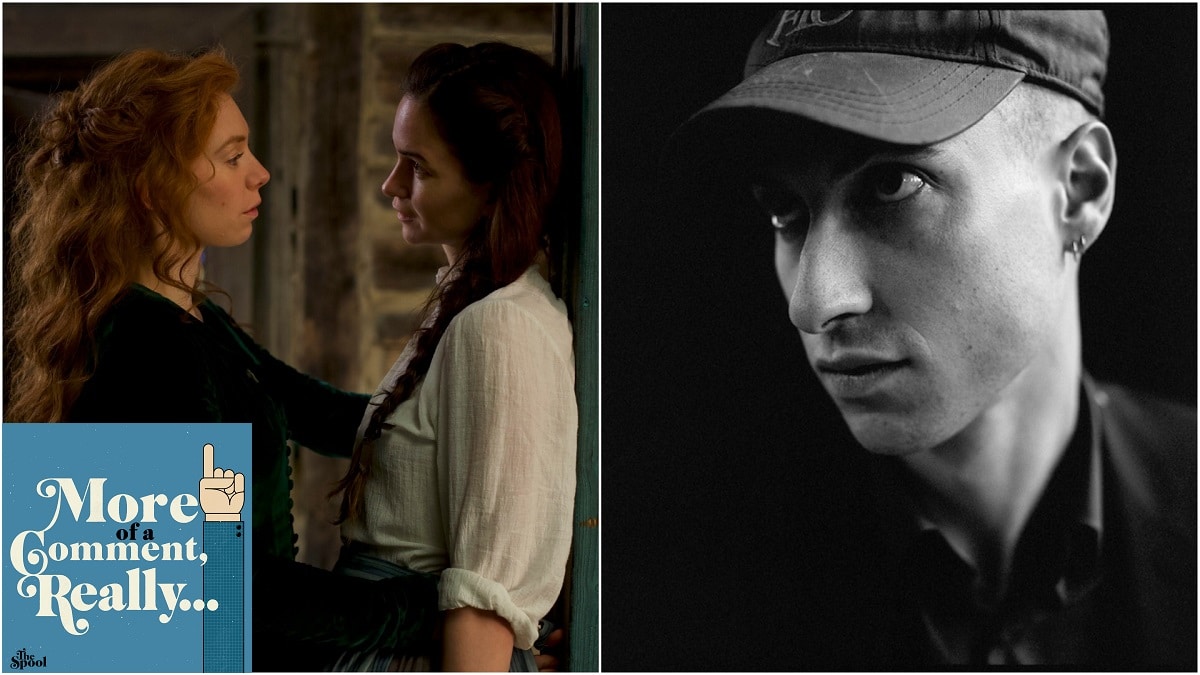 “White lesbian films set in the past” is a budding subgenre in the last few years, stretching from The Favourite to Portrait of a Lady on Fire to last year’s Ammonite (which we’ve covered on this very same show). But there’s something intriguing about the latest entry in this rapidly-expanding field, Mona Fastvold‘s The World to Come, a 19th-century queer drama set on a quiet homestead in the rural areas of upstate New York. Abigail (Katherine Waterston), a pensive woman in a frigid marriage with her overworked farmer husband (Casey Affleck), finds an enticing escape from the doldrums and rhythms of farm life in the flirtations of Tallie (Vanessa Kirby), who herself needs respite from her abusive husband played by Christopher Abbott.

The World to Come styles itself as a tome of poetic yearning, from its muted, distanced presentation to the lyrical voiceover of Waterston reciting her florid journals she writes to pass the days and chronicle her feelings. Together, the two find freedom and joy, however, fleeting, amongst the grief and isolation of their circumstances, and the results are as gorgeous as they are tragic.

Befitting the moodiness of the presentation is a similarly idiosyncratic score courtesy of musician and visual artist Daniel Blumberg, who makes his feature-film composing debut. An alumnus of London’s free-jazz and experimental venue Cafe Oto, Blumberg leverages his love for improvisation and atmosphere into a fragile soundtrack that’s foreboding and romantic in equal measure. Clarinets and strings fill the foggy New York air and the loaded silences between Abigail and Tallie, aided capably by musicians like saxophonist Peter Brötzmann and vocalist Josephine Foster.

The Spool sat down with Blumberg to talk about how he came to score The World to Come, working with many of his experimental contemporaries, and the extent to which his work as a visual artist overlaps with his composing work.

The World to Come is currently available on VOD. Listen to the podcast, and hear the score (courtesy of Node Records) on Spotify below.