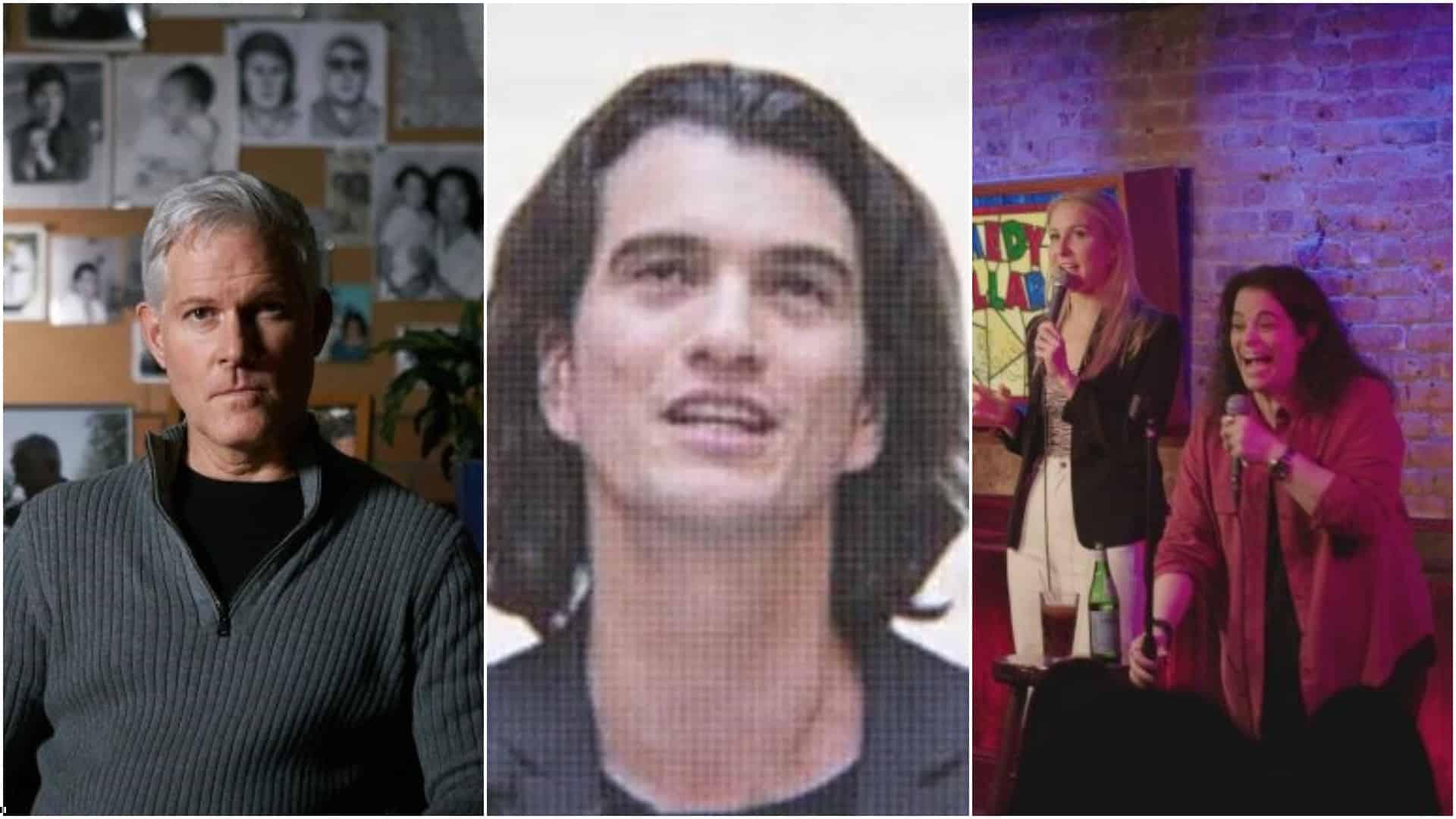 Curious tales of lost children, doomed startups, and the pressures of being a female stand-up stud Day 1 of SXSW’s documentary offerings.

The first batch of documentaries premiering at SXSW Film Festival’s Documentary Spotlight section were high profile stories with a cultural relevance to America today that forces audiences to rethink truth and tradition. It’s a readily packaged set of docs to start out, all of them already picked up for distribution and with nationally engaging stories. While they each have their little quirks and flaws, they manage to get at a significant shift in thinking and outlook on our lives as Americans, for better and for worse.

The weightiest of these documentaries from a personal standpoint was The Lost Sons, from CNN Films who also did the hit HBO documentary Three Identical Strangers. Following the same sort of ‘lost at birth’ theme, Ursula Macfarlane’s tale is a modern mystery with origins in the 1960s when a newborn baby was kidnapped in a Chicago hospital leaving his expecting parents devastated. The child was found in a New Jersey foster home, returned to the parents, and named Paul Fronzack. Yet, as Paul grows up and tells his All-American life story of starting a rock band, moving to Vegas, doing acting gigs as an extra in movies like Rush Hour and Domino, he comes to realize that it was never genetically confirmed whether he was actually the baby who his parents had lost all those decades ago.

The Lost Sons is a curious film and is framed in a way that tries to lead you on as a viewer to expect its twists. It doesn’t always work, turning some of the moments into cloying attempts at sentimentality and tawdry suspense for cheap thrills – which makes sense I guess considering a cable news organization funded it. Yet, it hits the right notes in allowing Paul (or is that really his name?) to be self-effacing, expressive of his thoughts, and really tell the story unabashedly from his own heart. Paul’s desire to know the truth being confronted by his parents and brother resenting him for it gives the documentary a sense of genuineness and empathy that might otherwise be buried by a typical nightly news sensation. That Paul lived such a fulfilling happy life with parents who raised him well, loved him, and still do, begs to the film’s biggest question: how important is genetics and DNA when considering what defines a “family”?

One of the more troubling and creepy definitions of family, many can agree, comes from the corporate workplace. The new-age idea of a company’s employees “being family” and bringing people together too close for comfort is seen on its surface as a communal and societally conscious evolution, but in reality, it often reveals itself as a façade for corporate control. Jed Rothstein’s WeWork or the Making and Breaking of a $47 Billion Unicorn, looks under the façade of WeWork, Adam Neumann’s groundbreaking communal office-space startup.

The documentary hits all the marks of a cult-like endeavor and brainwashing corporate scheme to dupe wide-eyed young millenials into thinking they are part of changing the world. We hear phrases like “synergy” or “societal spirit” and cliché diatribes about “while tech promised it would bring us together, it’s actually pulling us apart”. We’ve heard it a million times before and listening to the testimonies of many former employees, from lawyers to assistants, to engineers and planners, there is no question that it’s going to keep happening. Rothstein gets his interviewees to spill all the beans and there’s a fair amount of comedic energy from the self-awareness of how ridiculous the company seems in hindsight.

Much like other scam-centric documentaries before it – Fyre, Inventor: Out for Blood in Silicon Valley, and The Vow to name a few – it spends a good deal of time showcasing what made its lights so bright that so many were drawn to it like moths. Again, it’s always the same ingredients – a charismatic leader, a vague and ambitious mission, trappings of a new-age office with beer bar, coffee bar, bowling alley, all-expense paid weekend getaways, wide-open spaces, and the allure of New York City. WeWork proves that capitalism has, over the past ten years, done a brilliantly effective job of catering to new generational social shifts and incorporated them into the power-structure to keep people subjugated. Keep putting shiny new interactive things in the hamster-cage to make sure the hamster will be too distracted to leave.

Andrea Nevins’ Hysterical speaks of another kind of communal space – that of the standup comedy scene. Or more specifically, the women in standup comedy scene. Hysterical is a girl-power documentary, with several prominent woman comedians who share, through life experiences and jokes, their struggle to break into their passion and their ultimate rise to heights. Many of the obstacles and gatekeeping that exist universally in nearly every industry to keep women out are present here as well, but what comedy offers these women is also a chance at self-effacing inner dialogue.

The documentary frames stand-up as more than passion, and for many women, like many male comics, it is a type of self-expression that either unleashes or soothes deep pain, insecurity, and general existential dread. Sometimes, these confrontations become important and revered, as with Kelly Bachman who confronted serial sex offender and assaulter Harvey Weinstein’s presence at one of her shows even as the audience booed her. In other cases it becomes exhausting, like with Marina Franklin, a Black comedian who points out the pressure to have to discuss and joke about her race and identity at every show. Hysterical keeps it mostly light, playing like one of the VH1 or MTV talking-heads commentary shows that I used to watch a lot as a teen and mixes its breezy demeanor with an illuminating look at what women have to put up with in yet another industry resisting their presence and talent.