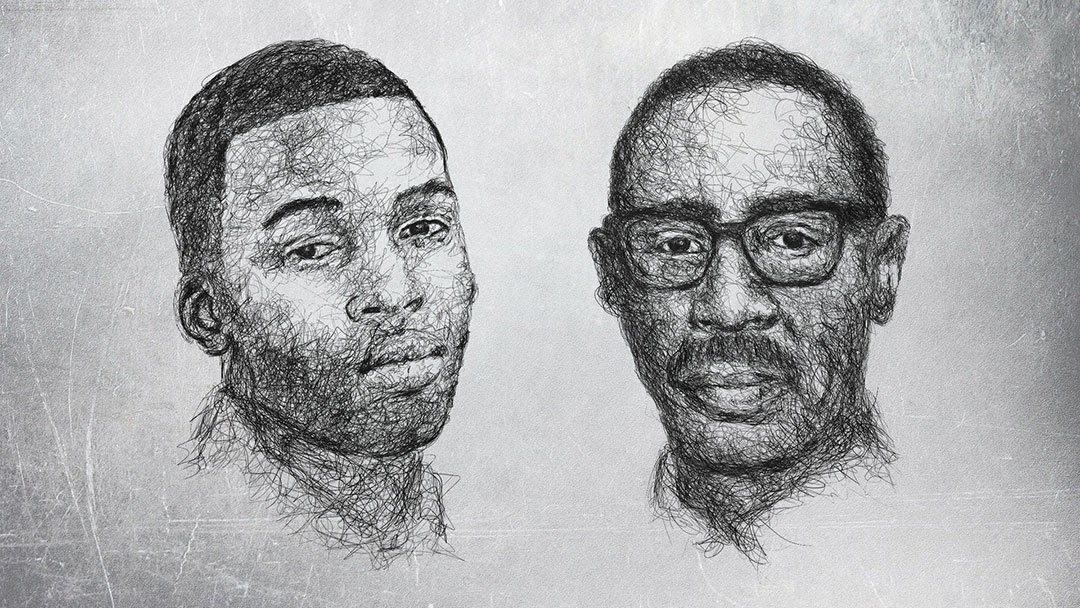 Michiel Thomas’ heartbreaking documentary calls for justice and equity and highlights the racial disparities in how society treats even gay men.

(This review is part of our 2021 coverage of Reeling: The Chicago LGBTQ+ International Film Festival).

Gemmel & Tim is a biographical documentary about two men who share an afterlife. Though Gemmel “Julez” Moore (1999-2017) and Timroy Williams (1963-2019) never met, both were victims of California democratic political donor Ed Buck. Michiel Thomas’ heartbreaking and hope-building film is a call for justice, equity, and a total reconsideration of how we see Black gay men in America.

There’s a strong intention felt to have very little of this film be about the circumstances in which these men ended up dying in Ed Buck’s apartment because they were more than their death. Most of the ninety-minute runtime is spent with friends and family members which allows us to get holistic pictures of these men who were sparks of joy to everyone who knew them.

These men had communities they were actively involved in. Gemmel was known primarily as Julez in the LA ballroom scene where he walked masculine categories like schoolboy or pretty-boy. Always the quiet child as his house mother Gia (from Legendary’s House of Tischii) explains, Julez was a kind and joyful soul who loved being home with his chosen and biological families. Though he didn’t have the support of society, Gemmel/Julez had a strong support system in West Hollywood that looked after each other.

We’re sold a well-funded image of West Hollywood as an uber-liberal, gay-friendly oasis, a neverland for lost boys. But, not very far under the manicured surface are pervasive cultures of drug (mis)use and racist (sexual) fetishization. As Black gay men, Tim and Gemmel were harassed by these cultures regularly, often having to measure if their health and safety were worth jeopardizing to pay rent.

Both of these men turned to sex work as means of income that allowed them to earn money a lot quicker than a lot of legal sectors, many of whom wouldn’t hire a Black man, let alone a gay Black man. As they entered sex work, their exposure to toxic and lethal cultures increased dramatically and it wasn’t long before Ed Buck had trained his sight on them. A former Republican from Arizona turned Democrat after coming out as gay and not finding acceptance in his party, Buck would hound young Black men, promising them large sums of cash if they were willing to be injected with methamphetamine and submit to being radically degraded during sex.

After Gemmel died in Buck’s apartment, leaving a journal and trail of text messages expressing deep concerns about his safety around Buck, the police and city council did nothing to help the victims, forestalling any proper investigation. Buck’s lawyer, who served on the city council, could only offer veiled threats and anxiety triggers to grieving loved ones.

When Tim died after visiting Buck’s apartment three years after Gemmel, the police again did nothing. Both of their deaths were ruled accidental overdose and Buck was allowed to walk free, even resuming his activities before the bodies were even clear from the apartment complex. It would take a third John Doe victim before the rusted cogs of justice would begin to give.

But it would be wrong to say ‘nothing’ happened in the wake of Gemmel and Tim’s untimely deaths. As Gemmel’s friend Jerome tells it, the tragedies bonded two families together and, through their mutual love, grief, and support, achieved an end that few Black families see in the justice system. It’s their hope and faith in a changing system that we carry with us after it ends.

Gemmel & Tim is a fabulous document of necropolitics.

“There are many Ed Bucks,” one interview participant says, Buck was just the most public of them. While Michiel Thomas rightly spends a lot of time showing how Gemmel and Tim were more than just one person and their actions, we get very little context about Buck. We get his backstory, but not the larger context of PNP or sexual race play that developed and catered to his interests.

A closer look at the ugly white supremacy at the heart of these drug and sex groups would have brought in an indictment of another system outside of the law that put these men in jeopardy, rather than just one bad actor.

Gemmel & Tim is a fabulous document of necropolitics. Concerned with how life, death, afterlife, and living-death are managed, necropolitics draws attention to how systems in society deal out death and remembrance. These men were presumed dead by society before meeting Ed Buck, so when they died, their deaths were seen not only accidental but inevitable.

By presenting a community-centered story with speakers like Jerome, an activist and oral historian of his community, we’re able to see the Black folks touched by these men reclaim the means of memory and legacies for their loved ones. Thankfully, Gemmel & Tim preserve these stories and these struggles forever so that we all might learn and love more from them.