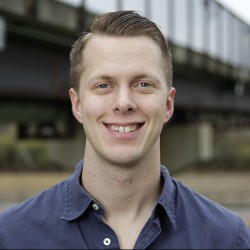 Latest posts by Max Glenn (see all)
Liked it? Take a second to support The Spool on Patreon!