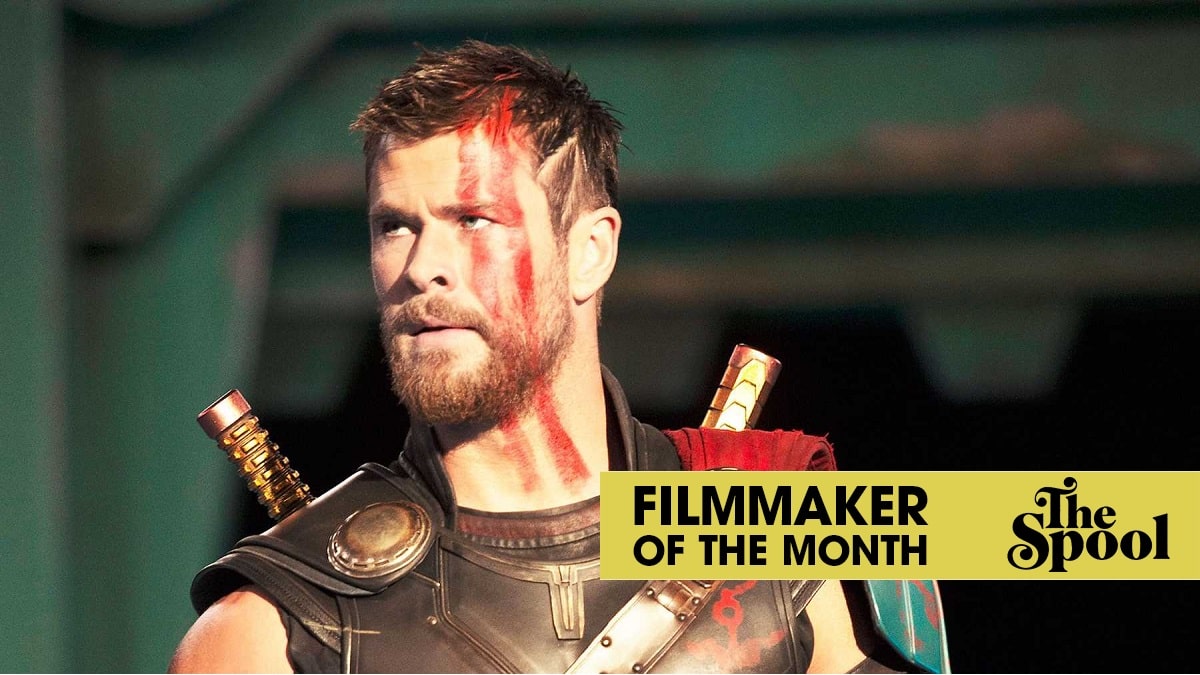 And lo, from the ashes of the disappointing The Dark World comes Thor: Ragnarok, bringing about the destruction of a way of Being as foretold in the ancient legends. 2017’s thunderous entry into the Marvel Cinematic Universe destroys old cliches and studio contrivances to build a politically vibrant film on their smoldering ruins. New Zealand-born Māori director Taika Waititi brings not just a much-needed looseness to Marvel’s most buttoned-up Avenger, but an irreverent postcolonial perspective to the most commercial cinematic franchise that e’er was commercial. Thus, Thor: Ragnarok stands as an interesting case study for how American audiences react to postcolonial narratives.

When Ragnarok premiered, critics and audiences praised it for its self–aware humor and camp 1980s nostalgi-aesthetics. And the film has all that. It has a Marvel-ous disregard for its own genre, the likes of which we haven’t seen since Howard the Duck (1986). Its characters feel human. And the heightened audio and visual aesthetics are straight out of a comic book arcade. It’s a wonderful statement piece for the superhero genre.

However, there were a handful of critics and scholars who wrote to tell us about all the revolutionary perspectives Waititi was able to imbue within the film. Siddhant Adlakha, in his article Thor: Ragnarok: Marvel from a Postcolonial Perspective, reminds us that, as a proud director of mixed-Māori heritage, “Waititi’s movies exist at the nexus of native and colonizer cultures, the dichotomy that forms the basis of modern postcolonial theory.” Adlakha provocatively posits that thematic statements like “Asgard is not a place. It never was. It is a people,” resonates with “Waititi’s own Pasifika ancestors, who carried their culture with them not by land but by sea.”

Tessa Thompson‘s swaggering bicon Valkyrie/Scrapper 142 is often highlighted, as she is in Briana L. Ureña-Ravelo’s exciting essay, “Thor: Ragnarok Through a Black and Indigenous Post-Colonial Lens,” for her radical fatigue in the face of everything Thor (Chris Hemsworth) does. She is a stand in for ostracised fans of color who want to participate but are continually asked to swallow the same storylines and call them delicious.

Dan Taipua hears Waititi’s postcolonialism in the tone of the film. In his article, “Thor and His Magic Patu: Notes on a very Māori Marvel Movie,” Taipua argues that Ragnarok is “not uniquely Māori, but it is distinctly Māori in tone, in rhythm and as a kind of philosophical outlook.” Using what he calls the “comedy of deflation,” Taipua suggests, “if there’s a factor which is definitely Māori in Ragnarok it is the pervasive and all-encompassing sense of irony that drains the dramatic tension from its source material and delivers equal-opportunities mockery.” Meaning, the self-aware humor critics love results from a critical rootlessness and irreverence towards texts and historical narratives as well as land, especially Western ones.

What all the critics point to is the scene with Hela (Cate Blanchett) in Asgard in which she literally shatters the gilded narrative plastered over her historial of imperial conquests. Here, Blanchett purrs a masterfully written monologue about the real history of Asgard. Asgard is not golden, but gilded, a thin leaf covering its dark and bloody history of conquest. The power and glory we associate with Odin (Anthony Hopkins) was built on top of Hela’s colonial triumphs.

These critics read this monologue as a “scathing indictment” of how Western powers have written their history and built their culture which Adlakha sees as “a modern social structure with a history of oppression and racial supremacy whose ripple effects are still being felt…an empire built on half-truths, violent culling, and the skewing of historical fact.”

From the very beginning of his Director’s Commentary for Ragnarok, it becomes clear how much Waititi embodies these traits and ideals. His commentary throughout the entire picture plays with pop culture references, mocks himself and the film, eventually even disregarding his own commentary to chat with his daughter, who would rather watch Moana.

What he is serious about, however, is giving back to his community. Waititi often points out the way aboriginal peoples were active and represented in all aspects of the production which filmed almost entirely in Australia. His commentary shows how his creative and activist consciousness merged to make a film that feels different from day one of filming to the experience of the film itself.

Thor: Ragnarok stands as an interesting case study for how American audiences react to postcolonial narratives.

Reading these criticisms adds such richness to the viewing experience of Ragnarok and makes the postcolonialism feel so obvious, one has to wonder why we didn’t talk about its politics more in the mainstream American press. When it came time for Black Panther the following year, we were more than ready to discuss its politics. We talk about Captain America’s politics freely as well. Why might this be?

The answer seems to be that we talk about the politics in these films because, in the continental United States, we are used to and comfortable with the political discourses brought up in them. Post-Watergate, if not earlier, narratives about corrupt shadow governments abound in mainland American media. Likewise, the Civil Rights Era has brought Black struggles to the screen since its very beginning, which is why the political viability of Black Panther was palpable on mainland America.

This is not by any means to say that such discourses are insignificant or unnecessary. Far from it, they might be needed more than ever. Rather, to merely point out that our lack of also talking through and about Thor: Ragnarok points to large holes in our national discourses on race and culture. As scholars like Dr. Daniel Immerwahr have recently tried to remind to us, the continental United States of America often (intentionally) obscures its existence as an empire.

With 5 major overseas territories (American Samoa, Guam, the Northern Mariana Islands, Puerto Rico, and the U.S. Virgin Islands), 310 Native American reservations, 50 states (how did we get Hawaii again?), and whatever you want to call Washington, D.C, The United States is hardly a homogenous governmental body like our cultural mythology wants to paint.

Instead, like Asgard, the history of our shape and power is one of bloodshed, expansion, and dominance, but we gild over it to pass ourselves as a liberal paradise. For a country that tends to downplay, leave out, or “forget” this history, films like Thor: Ragnarok feel foreign and thus safe and innocuous. The film even undermines its own political agency, as Ureña-Ravelo points out by having to “Trojan Horse” postcolonial politics into a story about a white savior.

But there will come a time when we will see the relevancy of Ragnarok. When a seemingly indestructible villain like Hela arrives from our repressed periphery to wreak total devastation and crack the veneer of our stable system. Oh…wait….