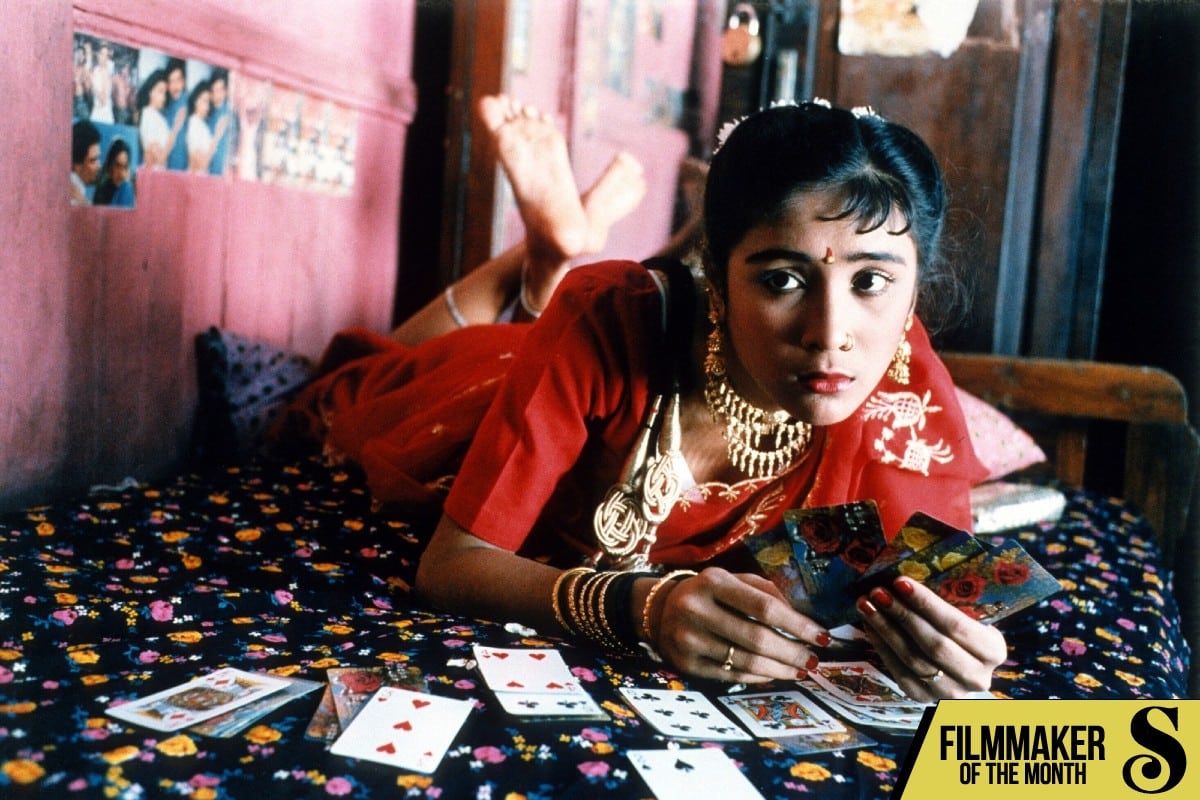 For a nation that produces hundreds of films a year in a multitude of languages, India’s presence at the Academy Awards is almost shockingly muted. India has submitted films every year since 1957, where K. Asif’s epic melodrama Mother India scored a nomination but lost to Federico Fellini’s Nights of Cabiria. Since then, only two other films made it to the ceremony: Mira Nair’s 1988 debut feature Salaam Bombay! and Ashutosh Gowariker’s 2001 cricket drama Lagaan. That’s three films over six decades, with no nominations since 2001.

Of these three films, Nair’s Salaam Bombay! is an outlier in that it is the least like the archetypal Bollywood film. It doesn’t feature name-brand movie stars, nor musical numbers, and its documentary-like filmmaking style runs in contrast to Hindi film norms of the time. But the three films share a running theme of centering on the marginalized and the poverty-stricken, with moments of grace, celebration, and beauty. Salaam Bombay! is also the more heartbreaking film, but not one without humanity and dignity.

Salaam Bombay! begins with Krishna (Shafiq Syed) working at a circus to earn 500 rupees to pay for his brother’s motorcycle which he set fire to before the film begins. When Krishna returns from an errand, the circus has left and he must travel to Bombay to earn the money. Immediately upon arriving, all of his possessions are stolen. Krishna befriends one of the thieves, Chillum (Raghuvir Yadav), who gets Krishna a job at a tea stall. Chillum is a drug pusher working for the drug dealer and pimp Baba (Nana Patekar). Baba’s wife Rekha (Anita Kanwar) is a prostitute, forced to raise their daughter Manju in that environment.

Krishna develops an affection for a new arrival at Rekha’s brothel. The teen girl (Chanda Sharma) is given the nickname Sola Saal—aka Sweet Sixteen–because she is prized for being a virgin. Krishna attempts to help Sola Saal escape with him, but they are both trapped. Krishna navigates the street life of Bombay all while earning the 500 rupees with which he can finally return home.

Mira Nair, along with her co-writer Sooni Taporevala, spent considerable time researching the subject and Nair cast actual street children in the film. In an interview with India Today, Nair spoke of working with the children to find the themes that resonated with them in order to build her narrative. Nair did improvisation exercises with the kids, hoping to capture their unique perspective on their lives.

Nair’s frankness is her best attribute, especially when she’s making films about children. In Salaam Bombay!, and in her other films such as Queen of Katwe (2016) and The Namesake (2006), Nair presents children as they are without any extraneous precociousness or melodrama.

Krishna is a captivating protagonist, with both vulnerability and gumption. He’s forced to grow up before his time as he must endure the harshness of the Bombay streets. Yet he’s still just a kid who longs to return home and looks for parental figures.

Nair, even with her privilege, escapes a condescending objectification of her characters partially because of her own Indian and Ugandan heritage, but also because these are themes and ideas she returns to often. Salaam Bombay! is at its heart about found family, one that’s alternately protective and toxic at the same time.

Chillum acts like a brother to Krishna, and Sola Saal is his trapped co-conspirator. Together they form a friendship born of necessity. But Chillum and Sola Saal cannot resist the temptation of succumbing to street life. Rekha the prostitute is devoted to her daughter, but what fate awaits that child as she gets older? Baba means father, but Baba himself is selfish and controlling while he acts as a patriarch.

It’s not hard to see why Salaam Bombay! was a hit in India, and became one of the highest-grossing Indian films in North America at the time. Nair crafts moments in the film that are remarkably compelling, such as the kids dancing to an old Bollywood song or the nail-biting sequence of Krishna and Manju being picked up by the police. The ending is utterly heartbreaking in its restraint, and the viewer leaves the film with an intense onslaught of emotions that’s hard to shake off.

Salaam Bombay! has been influential to a few modern films. The most prominent one is Danny Boyle’s Oscar-winning hit Slumdog Millionaire (2008), which similarly focuses on a young boy, a criminal-adjacent older boy, and an innocent young girl surviving in the Bombay underground. Boyle’s film is much more a crowd-pleaser than Nair’s, with its rags to riches narrative and kinetic visual flair. However, Slumdog Millionaire carries with it the colonist optics of white British men dipping their toes into Indian poverty then leaving upon collecting their laurels.

Somewhat amusingly, Nair predicts that colonist gaze in Salaam Bombay! A white female reporter comes to the area to interview Baba, and hear his story as a pimp and drug dealer. Ultimately, the story becomes too horrific for her and the story remains untold. For all its fixation on Indian urban filth, Western observers just cannot accept it authentically. The narrative must be sanitized through a polished filter, such as Slumdog Millionaire or even Garth Davis’ Lion (2016).

Salaam Bombay! does open itself up to criticism of depicting India’s slums. The film shows a Western audience the horrors and tragedies, an image that satisfies a Western audience’s desire to feel sympathy for the plight of Indians living in filth from the comfort of their homes. There’s a reason why Salaam Bombay!, Mother India, and Lagaan are the three only films to get Oscar nominations. On some level, this is an example of the colonist notion of India as a country that is dirty and uncivilized.

What Nair does achieve, however, is a keen sense of her characters, presenting them with a sharply observed humanity. Krishna, Chillum, Sola Saal, and all the other citizens of the street are fully-rounded people, dignified and captured with compassion. And on the back of this film’s success, Nair kicked off a beautiful career examining people who strive for individuality amidst a society trying to dictate how to live their lives.

Manish Mathur is a freelance writer and lawyer living in New York, NY. He's been published in such places at Talk Film Society, FilmDaze, and JumpCut Online, as well as having his own movie blog. Manish also hosts two podcasts: It Pod to Be You on romance films and Queer and Now about LGBTQ+ cinema.