Let’s start near the end.

At a lonely Italian Ristorante named Luigi’s TinTop, which sits on a dusty road towards the end of the known world (in Louisiana but close to the Texas border), escaped convict and Italian tourist Bob (Roberto Benigni) is being watched by his friends – the two New Orleans men he broke out with, Zack and Jack (Tom Waits and John Lurie) – outside of a smudgy window. He is wooing the very isolated, very single, and very Italian young woman Nicoletta (Benigni’s real-life wife Nicoletta Braschi), over candlelight, pasta, and wine. In disbelief, Zack and Jack are equally confused and impressed at their strange but lovably/lively magical friend.

So begins to complete the atmospheric and romantic thesis of Jim Jarmusch‘s Down By Law. Being from New Orleans and being enchanted by the movies from a young age (a Rocky IV montage is my first memory), I first watched Down By Law in a club of cinephile misfits and miscreants at Southeastern Louisiana University, the very season Hurricane Katrina came and never really left. Like the trio of unlikely but absolutely connected friends stuck in a sad world, we in the group often felt not for this time or place, belonging only to ourselves.

Throughout his catalog, Jarmusch poetically captured people as travelers to nowhere (so to speak), seeking the fulfillment and purpose on their own terms, despite not really having a set plan, only for the indifferent and serendipitous acts of the Universe to intervene and choose for us. Down By Law finds a place where people in similar scenarios converge. A place in America where time moves at the pace of a snail, but each moment can be lived and felt for a lifetime, granting the chance to figure oneself out multiple times over: The Deep South.

It’s in New Orleans where we are introduced to the players of Down By Law, a city that those from the outside wanting in (if for a moment) wish for the illusion of time standing still. Tourists pay for this fallacy of a soul-affirming experience with the comfort of leaving on schedule. The residents, drifters, movers, and shakers living within the weight of humidity and at the end of a long river, are flat-out stuck in a setting that isn’t conducive for change or forward progression. And the ones least willing to learn are the men.

In the midst of beautiful black & white photography – captured by Robby Muller as if (and probably) out a car window – that sweeps the city with repeated images (in a patterned sequence) of the same buildings in various conditions and people occupying the spaces, we have the two women in Zack and Jack’s slice of time, laying in bed, facing camera, faking sleep before opening their eyes in preparation of a word-slap of truth to the face and ears. Both ladies (Ellen Barkin and Billie Neal), in theatrical and radically different tonal manners, fail to make the men with same-sounding names to understand just how stubborn and unmovable they’ve become.

Without accepting reality and choosing a path to follow, a new destination is picked for them: Orleans Parish Prison (OPP). Days in a shared cell – the walls lined with the words and phrases of past and present inmates, closely matching those of Zack’s shared apartment wall in the free-world – turn to weeks turn to months, shifting from moment to moment in roughly cut ways, not unlike an exhausted mind whose eyes won’t stay open long enough.

Throughout his catalog, Jarmusch poetically captured people as travelers to nowhere (so to speak), seeking the fulfillment and purpose on their own terms, despite not really having a set plan, only for the indifferent and serendipitous acts of the Universe to intervene and choose for us.

Like a grenade of eccentric child-like clownishness thrown into a volatile keg of impatience and frustration, Bob tries to strike up a conversation with his wonderfully lofty, lovingly misunderstood and spoken English, all captured on a notepad of quotes and notations of a culture not meant for the sad. “If looks can kill, I am dead now!” is loudly read at his befuddled cell-mates, who subsequently turn their heads to the back wall, now shared with the audience.

For Jarmusch, it’s not enough to feature classically cool protagonists in an impossibly hopeless situation that becomes more impossible and hopeless. Benigni’s Bob might merely be strolling through the city as a visitor, but nothing about him is merely anything. Introduced freely as a tourist, though really he could’ve been a spirit conjured up through a nearby fog, Bob friendly confronts a drunken Zack outside of a New Orleans drink-joint. “It’s a sad and beautiful word!” shouts Bob. Zack agrees, liking the line as “It’s a sad and beautiful world.” Zack sings this to himself softly, as Bob jots it down. America/Americana, as inhaled with the air of New Orleans, is an awfully sad place for those who could’ve been. And yet, this country is made up of that very kind of person.

New Orleans in Down By Law isn’t the epicenter for those settling down into malaise and self-pity, but it’s a bottom all the same. The dregs. The lost. The wannabes but never will. America manufactures it’s own downer mood for those who can’t afford otherwise and sends them down the Mississippi. For Zack, Jack, and Bob, destiny sends them up the river – first to actual prison, then through a nearly never-ending swamp – to a discovery of romantic optimism. No matter how we’re put down and who puts us down, should you fail, just try and try again.

And so, we reach the near end. Again.

On the morning that Zack and Jack are to set out down two different roads at the end of a path that splits as if just for them, Bob and Nicoletta, in bed robe and nightgown, slow-dance to New Orleans singer Irma Thomas, via a pressed recording of “It’s Raining”. The two just met the night before, falling head over heels for each other in a stretch of Earth where homes are few and far between. Only those who wish to be lost seek this place, but for Bob and Nicoletta, they’ve been found.

Zack and Jack sip their coffees and watch the romantic shuffling of feet between two pairs of eyes forever gazing into one another, not trapped in a moment of eternity seemingly by uncaring forces of nature, but chosen by them after a long trip towards… somewhere.

Anywhere? Are our collective destinations written in the stars? “It doesn’t matter” proclaims Jack to Zack, as they pick which new dusty road to take for themselves.

Down By Law gets America(na) as it is, has always been, and always will be: A place to start over. Maybe some find their thing, and that’s ok. Maybe some are left in a rut, and that’s ok too. We all have a place meant for any standard or mood with which we’re stricken. New Orleans as the Jarmuschian microcosm for wanting without follow-through or strategy, a city for falling in place and step with everyone else, and an attitude after self-sabotage for the sake of not selling out, is pretty perfect.

The year of Katrina taught me a lot, with one takeaway being not just how alone you can be around others, but also how going further down – by river or introspection – reveals that someone and/or some people are with you in circumstance and feeling, your acknowledgment not necessary or even all that interesting to this Universe. We’re gonna do and do again, generation to generation, time after time.

Down By Law Trailer: 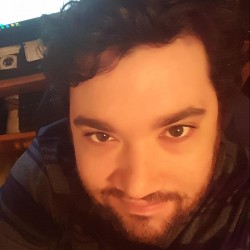 Bill Arceneaux
Bill Arceneaux has been writing about and reviewing films since 2011 (and a tad bit before), starting as a blogger, then getting bylines online, achieving print recognition, before returning to the E-World of type on screens and through windows. Living in Metro New Orleans, he develops Rotten Tomatoes approved words as an active member of SEFCA (Southeastern Film Critics Association). Reach him on twitter at @BillReviews! 🙂

Latest posts by Bill Arceneaux (see all)
Liked it? Take a second to support The Spool on Patreon!