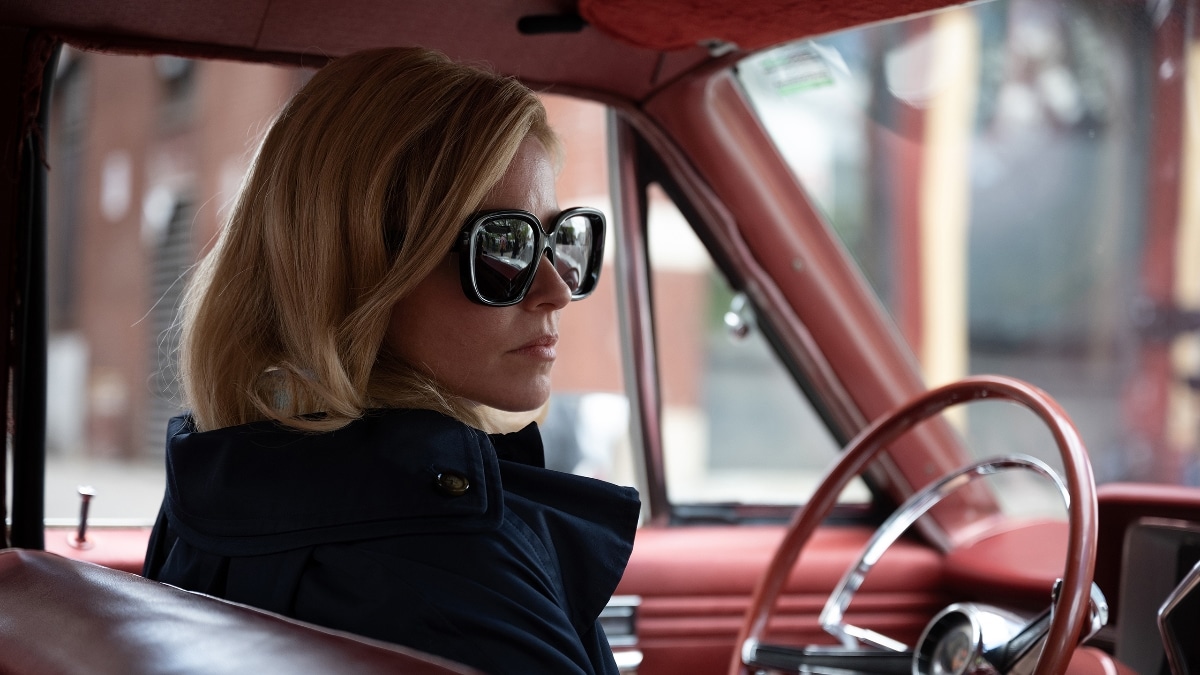 The Janes were a Chicago-based collective comprised of women who created and ran an underground network to provide women with safe abortions in the time before the procedure was finally decriminalized in 1973. With the 50th anniversary of that ruling approaching, and with the right to legalized abortion facing its most serious threat in decades, it is perhaps not surprising that two different films telling their story would turn up in this year’s Sundance lineup. the documentary The Janes and the narrative feature Call Jane. What is surprising is that the more heavily hyped Call Jane would prove to be one of the biggest disappointments of the entire festival—a clueless and clunky attempt to transform still-relevant historical events into hokey melodrama that does an enormous disservice to the very cause it purports to celebrate.

Joy (Elizabeth Banks) is a Chicago housewife in the late 1960s who seems to be a perfect representative of the so-called Silent Majority on the surface. She’s married to a lawyer, Will (Chris Messina), mother to teenaged daughter Charlotte (Grace Edwards) and in the early stages of another pregnancy, but still with it enough to recognize that she can “feel the current shifting” when she stumbles upon the 1968 convention riots. Joy has a heart condition that gives her only a 50% chance of surviving childbirth, but when she petitions her hospital to perform a “therapeutic termination,” the all-male board rejects the proposal without even acknowledging that she’s in the room with them.

After fleeing from a mob-run back alley setup, and chickening out on throwing herself down a flight of stairs, Joy comes across a flyer from the Janes advertising their services. Using several degrees of necessary subterfuge, the group picks her up and transports her to an undisclosed location where, in exchange for $500, she is given a safe abortion by a doctor (Cory Michael Smith) working with the group. Joy thinks it’s all over, until Virginia (Sigourney Weaver), the de facto leader of the group, asks her to help one day when she is running short-handed. Before long, Joy becomes more involved in the activities of the Janes—claiming to Will and Charlotte that she is taking an art class to explain her absences. She eventually hits upon the solution to the biggest obstacle faced by the group (the monetary cost) by suggesting that they perform the procedures themselves and use the fees paid by wealthier clients to subsidize those who can’t afford them.

Although Call Jane covers some of the material found in The Janes, albeit in fictionalized form, it does so in such a deeply flawed manner that it will come across as borderline insulting. The first problem is that the focus of the film is all wrong. Presumably screenwriters Hayley Schore and Roshan Sethi elected to use Joy as a sort of audience surrogate, but it doesn’t work because her character arc seems too forced to be believable. To be more effective, the film should have focused more on the Janes themselves and how they go about their work. Indeed, the moments when we see them doing jobs that could literally mean the difference between life and death for their clients are the only ones that have any real impact to them.

The even bigger problem is that while the Janes were working, they were under the constant threat of having their identities and activities discovered by both the mob, whose business they were cutting into, and the police. In The Janes, you get a real sense of that ever-present threat as the women involved tell their stories even from a half-century remove. None of that tension is ever felt during Call Jane—outside of some minor lip service, they hardly fit into the story, and everything just seems to fall into place, reducing the genuine struggle and sacrifice involved to practically nothing. In the worst example of this, the eventual arrest of the group, and the subsequent trial that was rendered moot by Roe v. Wade, is dealt with in the form of a clunky closing speech designed to put a neat little bow on everything.

The only part of Call Jane that works is Weaver, who brings a sense of conviction to her role despite the triteness of the material, and makes you wish that her character had been the central character. Other than her work, it’s a simplistic slog though material deserving of a more nuanced and intelligent treatment than it has been given here. The one good thing is that unless you are a Sigourney Weaver devotee, you can easily dismiss this film entirely and proceed directly to The Janes when it appears on HBO later this year to see this story handled in a smarter and more dramatically gripping manner.