On the eve of Denis Villeneuve’s retelling of the Frank Herbert sci-fi epic, we look back at David Lynch’s messy ’80s adaptation.

Polarizing doesn’t quite cover David Lynch’s adaptation of the sprawling space opera Dune. Very much a picture of the 1980s, the science-fiction epic has found a faithful following, but in the face of an impending new blockbuster adaptation, it might be time to revisit the now-cult classic.

Interest in a film of the novel was rekindled by Jodorowsky’s Dune, a 2013 documentary on Alejandro Jodorowsky’s own attempts toward the project. The doc is a sort of who’s-who of science fiction art and theory, all engaging with the audience for a what-could-have-been fairytale. Jodorowsky describes the feeling of seeing David Lynch’s film after losing rights to the project: “Like an ill person I came to the theater… and step by step, I became happy because the picture was awful.”

Like Jodorowsky, upcoming Dune director Denis Villeneuve identifies himself as a Lynch fan. His comments on the movie perhaps sum up more closely what those who don’t outright hate it have to say: “There are parts that I love and other elements that I am less comfortable with.”

Lynch’s Dune was a box office flop. It was criticized for not staying faithful enough to the source material in the 1980s, which is at odds with an audience in the 2010s who loved Jodorowsky’s reinvented universe. Critics hated it, Lynch disowned it.

Can we blame him? Lynch signed a contract that took away final cut, as too many directors often do on their earlier projects. Bringing a vision this massive to life often requires close collaboration between director and editor. Lynch has admitted that it’s not the film he would have wanted to make had he been given final artistic control.

So shaken was Lynch by the experience that a recut of it for television was credited to Alan Smithee (a pseudonym used by directors who disown cuts of their work), and the chance at a director’s cut of the film (his original choices would have been almost 3 hours long) was immediately turned down.

Even without final say, the director’s technical skill and ability to draw believable performances out of his actors in such ridiculously grandiose settings are still evident. While often condemned to the list of bad book-to-movie adaptations, the 1984 version of Dune is an undeniably Lynchian film. Its editing, while clunky at times, makes for a smoother narrative that should have sold audiences primed by releases like the Star Wars trilogy upon its opening.

Any adaptation will be endlessly compared to the original text, but with Lynch’s Dune, we see a faithful representation that is still the director’s own. Much of Herbert’s Dune is tactile: Arrakis is all dry heat and gritty sand, House Harkonnen is dark and depraved, space is cold and vast, and humans continue to be driven by desires of the flesh as much as lineal immortality. Lynch shows the lushness of Caladan with shots of the sea and the warmth between the members of the Atreides household.

This is the most apparent triumph of this version: besides the awesome use of digital and practical effects to create a sublime far future, each character clearly has their own feelings and emotions invested into each scene. Duke Leto (Jürgen Prochnow) is constantly lost in thought; Lady Jessica (Francesca Annis) is looking to the well being of her adopted house while still under the thumb of the Bene Gesserit Reverend Mother (Sian Phillips); Duncan Idaho (Richard Jordan), Gurney Halleck (Patrick Stewart), Dr. Yueh (Dean Stockwell), and Thufir Hawat (Freddie Jones) are all (apparently) on the side of the House, but also have their own reactions and motivations, resulting in diverging paths that are not expected but also not jarringly out of place.

When we arrive on Arrakis, the unbearably hot and inhumane living conditions of the desert planet are not as apparent as its role as a political pawn. While Moorish architecture seems to be a reference to the historical basis for Arrakeen culture, Lynch minimizes the more Orientalizing elements, making the leaders of the rebellion more political than religious.

Just like in the book, the 1984 Dune’s clear antagonists are House Harkonnen. They represent everything wrong with empire, and allow us to buy into the relative goodness of House Caladan’s own imperial goals, while also accepting the white savior myth the story pulls us along. Lynch leans into this: Giedi Prime is a black planet, over industrialized, and full of steaming vents and cackling patriarchs. Even so, the Harkonnens’ love for torture, which Lynch amplifies in increasingly unsettling ways, shocks even some Harkonnen ghouls: Jack Nance’s Nefud visibly balks at his Baron’s extreme cruelty.

Lynch has a talent for best utilizing his huge cast’s strengths, while also pushing them and convincing them to explore avenues no one else could open. For instance, he nearly convinced Prochnow to surgically insert a hole in his cheek for a scene. While they stopped that line of thinking in its tracks, it merely illustrates the compelling nature of his vision.

Not every character was successfully adapted by Lynch: the Baron Harkonnen (Kenneth McMillan) is the only canonically gay character in Dune. He’s also the only fat character. Lynch’s adaptation leans into both those characteristics, and not in a particularly nuanced light. His presentation — all pustules, boils, and lesions — is a reference to the symptoms patients with HIV are prone to, and his actions are that of a raping and murdering psychopath, with further depravity almost gleefully introduced by Lynch’s script. It’s not the film’s highest point.

It is impossible now to talk about Lynch’s Dune without comparing it to the Jodorowsky version that never was. Since the doc makes the case for the 14-hour epic, many have renewed their negative reviews of the original adaptation. But there were many similarities between the two visionary and surrealistic directors’ visions. Where Jodorowsky cast Mick Jagger, Lynch’s production procured Sting. Where Jodorowsky cast international art celebrities, the 1984 film pulled from internationally famous talent like Prochnow and José Ferrer (Padishah Emperor Shaddam IV).

So much of Jodorowsky’s focus was on the visual, while a great deal of the Lynch film’s strength lies in its performances. But we would be remiss to dismiss the massive visual impact of the movie’s design. The transportation ships/ports are massive in scale, utilizing models and film editing to demonstrate just how large. Every set was carefully referenced to imperial architecture and the costumes are breathtaking. The fact that so many are more attracted to the sketches of Jodorowsky’s Dune than to the realized imagery of Lynch’s speaks more to personal taste than to the ultimate quality of filmmaking.

Any version of Dune must also contend with the seemingly submissive role of women within it. The men brawl and poison and murder in hand to hand combat, shown best by Kyle MacLachlan’s Paul being put through the paces with an animated armor set by Stewart’s Gurney Halleck. Women accept their roles as wives and bearers of heirs, while the Bene Gesserit (an organization of aristocratic women) plot the future of each house. Jodorowsky’s version has a more radical explanation of Lady Jessica’s sexual power and her deeply intimate relationship with the Duke Leto Atreides: Paul is conceived from a drop of blood inserted by Leto into his consort.

Acknowledging the issues with depictions of women in both the source material and previous adaptations, Villeneuve has declared Paul’s mother will have an expanded role in the upcoming film. Dune (1984) came with its own criticism of its gender roles: Glenn Close turned down the role of Lady Jessica because of a scene where she falls while fleeing a sandworm. Virginia Madsen has called herself a “glorified” extra in her role as the Princess Irulan but also acknowledges the film launched her career in Hollywood.

Similar to scenes relating to the Bene Gesserit and Paul’s training before arriving on Arrakis, many shots of the Spacing Guild members presage Lynch’s chosen representation of the mother of all evil in Twin Peaks: The Return. Indeed, Dune (1984) establishes Lynch as an auteur with technical prowess, something we rarely see in major science fiction releases.

Originally, the producers intended the film to be the first of a trilogy to lap up the success of Star Wars for an older crowd. However, after the failure of the film’s release, they dropped the idea. With such an immensely talented cast surrounding a visually stunning narrative, we can reasonably pin its failure on the final edit — which simplified scenes, cut out pivotal character arcs, and summarized worldbuilding to Madsen’s late-filmed intro. While the voice-overs and Irulan’s transmission-style information dump reference the textual circumstances of the book’s world-building, they do nothing to engage our sympathy for the pawns of empire appearing like chess pieces on the screen.

On the eve of the trailer for Villeneuve’s boldly envisioned adaptation of Dune, we look forward to sequels and expanding universes that have become our presumption. In the wake of the Marvel Cinematic Universe, expanded films set in J.R.R. Tolkien’s Middle Earth, the stretched worlds of Star Wars, and others, genre adaptations can no longer be single films, but franchises. We now ask that Villeneuve’s Dune take us on an almost never-ending adventure of sequels and multimedia spin-offs. We must also ask what shadow would have been cast had David Lynch’s true version of Dune been realized. 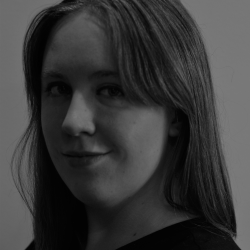 Latest posts by Josephine Maria Yanasak-Leszczynski (see all)
Liked it? Take a second to support The Spool on Patreon!